1 killed, 1 injured after fire breaks out in Patchogue, Suffolk County 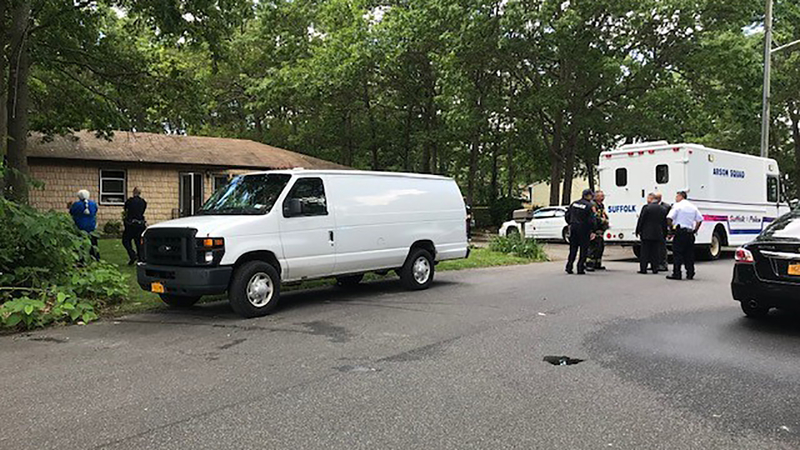 1 killed, 1 injured after fire breaks out in Patchogue, Suffolk County

PATCHOGUE, Long Island (WABC) -- One person was killed and another was injured after a fire broke out in Suffolk County, Long Island.

Fire officials said they received reports of a fire in the basement of a house on Ohls Street in Patchogue around 9:30 a.m.

Thirty-four-year-old Kristle Doughty, Elisa's daughter, was found on the first floor with burns on about 18% of her body, specifically her arms. She's being treated at Stony Brook University Hospital, and her condition is unknown.

At least three other people were inside the house at the time.

Police are investigating a history of drug activity at the home. Neighbors tell Eyewitness News it is a known drug house.

From the outside of the home, there doesn't appear to be much damage. Neighbors say they only saw smoke but no flames and heard screams.

"Earlier in the morning, before all the commotion came, I heard a couple of screams, and I thought it was kids playing outside, but I didn't think anything of it until now," said Joe Singer, a neighbor.

Investigators said the fire appears to be accidental.

"This is an active investigation, however, right now, it does not appear to be criminal," said Suffolk Police Det. Lt. Kevin Beyrer.