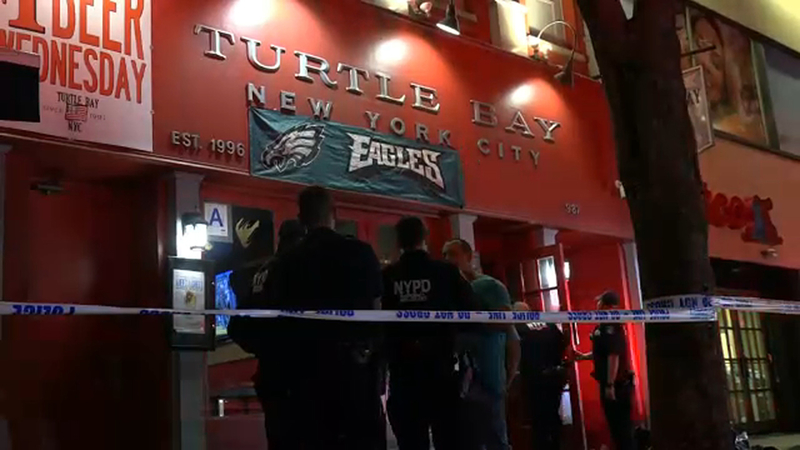 TURTLE BAY, Manhattan (WABC) -- One person was stabbed and four more were slashed during a fight at a popular Midtown bar early Saturday morning.

Police said the attacks took place around midnight at the Turtle Bay Bar on the 900 block of Second Avenue near East 52nd Street.

The incident started when a woman, dancing alone, was approached by the suspect, who put his hands on her hips, police said.

The woman's boyfriend confronted the man, and as the dispute escalated, the suspect took out a knife and stabbed the boyfriend in the ribs.

The victim's friends came to his aide, and four were slashed around the hands, arms, face and torso.

The suspect fled the scene. Police described him as a white male in his 20s.

Anyone with information in regards to this incident is asked to call the NYPD's Crime Stoppers Hotline at 1-800-577-TIPS (8477).