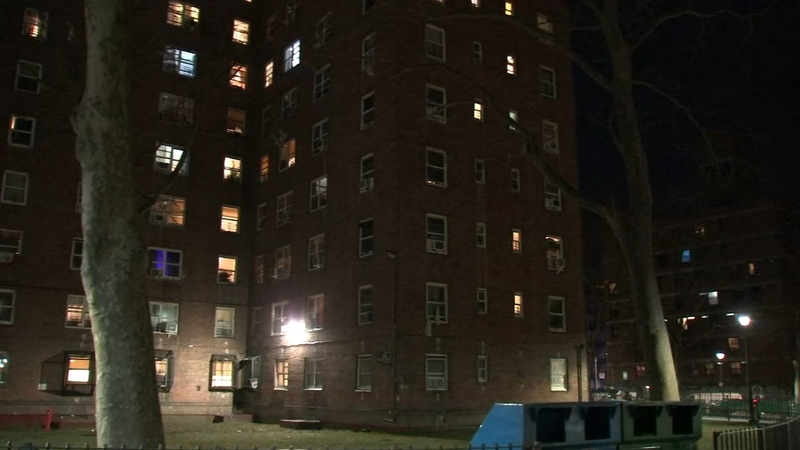 HARLEM, Manhattan (WABC) -- Police are questioning two family members after a 10-year-old boy was found dead in his own living room in Harlem.

The family members were inside the apartment on 260 West 131 Street when police arrived just before 2:30 on Saturday afternoon.

The boy was covered in bruises and was unconscious and unresponsive. He was later pronounced dead at Harlem Hospital.

A group called 'Street Corner Resources' will be holding a rally outside the W. 131st Street apartment on Sunday at 2 p.m. in response to the 10-year-old's death.

There will be grief counselors on the scene for kids who may be stressed inside their homes.

The Administration For Children's Services released a statement on the incident.

"The safety and well-being of New York City's children is our top priority," an ACS spokesperson said. "We are investigating this case with the NYPD."