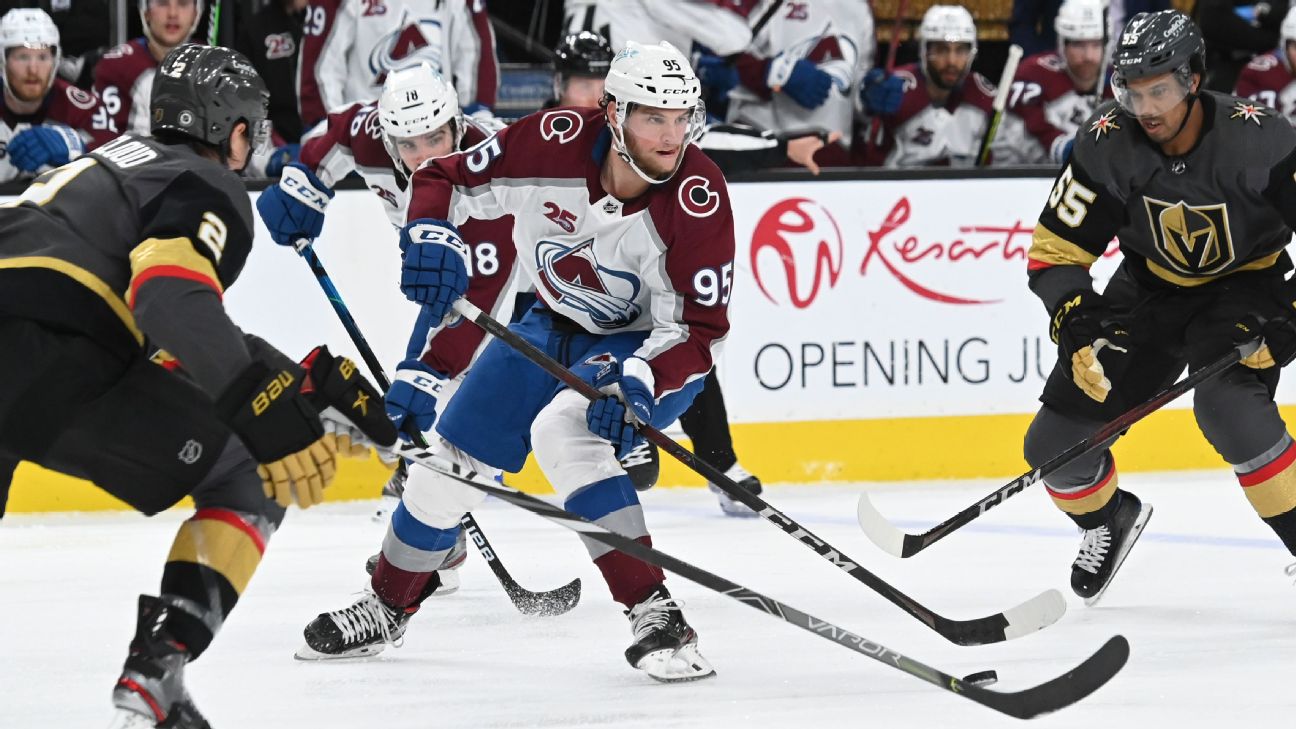 Two more second-round series get underway in the 2021 Stanley Cup playoffs Sunday -- including that epic Colorado Avalanche vs. Vegas Golden Knights tilt -- while the remaining divisional first-round series was extended to seven games by the pesky Montreal Canadiens (and the collapsing Toronto Maple Leafs).

The Lightning were 4-3-1 against the Hurricanes this season, with a negative-1 goal differential. "They have some high power, so we're going to have to try to defend them and shut them down. That's going to be the key," said Carolina coach Rod Brind'Amour. Said one of those "high power" players, Brayden Point: "Carolina checks extremely well, they don't give you a ton of space. They have a ton of talent to score. You have to be on your game." Full series preview.

It's the series for which we've all been waiting. The Avalanche and Knights both finished with a .732 points percentage. Vegas had the best goal differential in the league (plus-67) while Colorado had the second best (plus-64). The Avs were 4-3-1 against the Knights in the regular season. "They've bettered us a few times, we've gotten the better of them a few times," Colorado coach Jared Bednar said. "In the eight-game series against them, we finished one point ahead. This is two evenly matched teams, a little bit of a different style, but both teams are deep and both teams play with a lot of speed, both teams have good goaltending." This has the potential to be a classic. Full series preview.

The Leafs are really going to blow this, huh? Jesperi Kotkaniemi's fluttering deflected shot beat goalie Jack Campbell at 15:15 of overtime, the second straight game in which a Toronto turnover in the extra session led to a Canadiens' game winner. (Last game it was Alex Galchenyuk; this time it was Travis Dermott.) The Leafs rallied for two goals late in the third period to force overtime and outshot Montreal 13-2 after regulation. But their stars couldn't convert their chances against Carey Price -- Auston Matthews and Mitch Marner have combined for one goal in the series -- and one mistake ended it. "We had plenty of chances. It's a game of inches out there. And we couldn't get it done," Matthews said. The Maple Leafs have now lost seven straight potential series-clinchers, tied for the second-longest streak in NHL history. Full recap.

David Pastrnak tallied a hat trick and Tuukka Rask made 20 saves as the Bruins opened the East Division final with a win at home against the Islanders. Pasta scored the first two goals for Boston, but it was a 2-2 game in the third period when Charlie McAvoy scored the key goal in the game -- assisted by David Krejci, who had three of them on the night. Boston had 17,400 fans in the house for the win. "It definitely kind of warms your heart and kind of reminds you why you play this sport. It was awesome to have them back," said Pastrnak. Full recap.

Pastrnak now has five goals in his past three games, including three against the Islanders in Game 1. "He loves to get the crowd going. It seems kind of fitting for him to have one of those nights with the fans back in the building," said Boston center Patrice Bergeron.

Price made 41 saves for his second straight overtime win against Toronto, giving him a .926 save percentage for the playoffs. "He's the backbone of their team. We knew that going in," said Toronto coach Sheldon Keefe. "But I don't feel like our guys are intimidated by any means."


Kotkaniemi scored at 15:15 of overtime to force Game 7. "It was a great feeling, especially with the fans in the stands," said the 20-year-old forward.

Challenge of the day

The Maple Leafs challenged Corey Perry's third-period goal that gave Montreal the lead, to no avail. Toronto was given a delay-of-game penalty; just 19 seconds later, Mitch Marner sent the puck over the glass for another delay-of-game call and Tyler Toffoli scored on the 5-on-3 to give the Canadiens a 2-0 lead.

"We felt it was worthy of a challenge. There's some precedent there, with [Tyler] Toffoli standing there in the crease and the goalie's trying to get back into his crease and he can't. We thought there was some precedent there," said Keefe. "We thought given what was happening in the game, the significance of the goal, I thought in the moment it was worthy of the challenge and having the confidence in the penalty kill that they could get it done. But obviously, it ended up 5-on-3."

"The games have gotten harder, Montreal has played better, and we haven't dealt with it well."

Fans of the day

Two Maple Leafs fans purchased tickets to Game 6 for around $5,000, and marched in front of Bell Centre chanting "enjoy your last game." You'll never believe what happened next, unless you're a Leafs fan, in which case you know exactly what happened next.

Song of the day

For the first time since March 11, 2020, there were fans inside the arena at a Canadian NHL game. And it sounded beautiful. 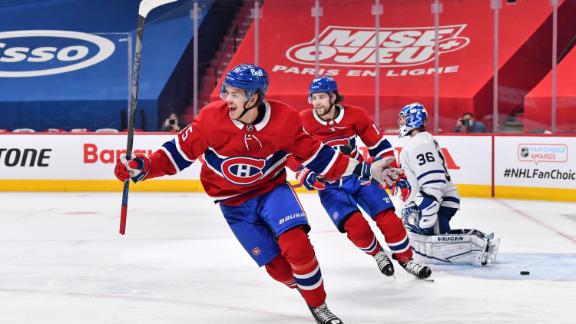 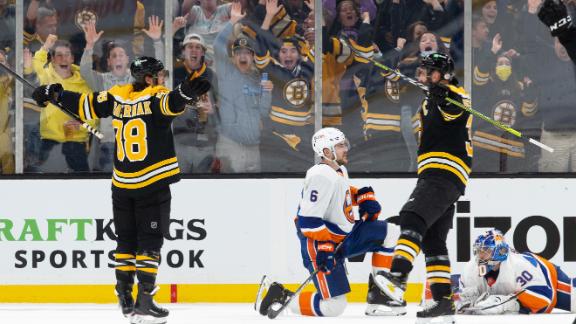