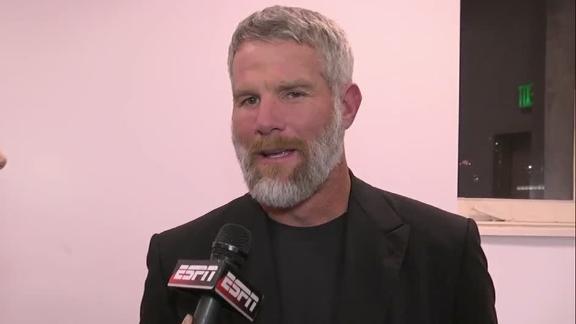 Dick Stanfel and Ken Stabler, the two nominees from the seniors committee -- for players whose careers ended more than 25 years ago -- also will be enshrined in the class, as will former San Francisco 49ers owner Edward DeBartolo Jr., who was nominated as a contributor.

The full eight-member class was elected by the Hall of Fame Board of Selectors at a meeting Saturday in a San Francisco convention center. To be elected, a HOF finalist must receive 80 percent of the votes cast by the board.

For Favre, being a Hall of Famer in the company of some childhood heroes is not something that is quick to sink in.

"I totally get that I'm in the Hall of Fame, but I don't necessarily accept it," Favre told ESPN. "... Roger Staubach was my hero. He was my idol. I wanted to be Roger Staubach, and he knows that because I've told him before. I'm in an elite club with him now. From the outside looking in, I'm equal to him, but I will never feel that way. I feel like I'm on borrowed time or whatever you want to call it.

"Don't get me wrong: I could not be more thankful and honored," Favre continued. "Really, NFL Hall of Fame for a little country boy from south Mississippi who ran the wishbone? You know, anything can happen. I just can't believe I'm amongst the guys I emulated and hoped to be someday."

Ron Wolf, the former Packers general manager who acquired Favre in 1992, compared his perception of Favre's potential at the time of the trade to the heights Favre reached in Green Bay.

"When I traded for Brett Favre, I thought he would be sensational. He became incomparable," Wolf said in a statement. "They say that old Yankee Stadium was the house that Ruth built. Well, the Lambeau Field reconstruction is the house that Favre built."

Terrell Owens, in his first year of eligibility, did not make the cut from 15 finalists to 10. Owens announced on Twitter that he had not been elected.

Owens, second in NFL history in receiving yards and third in receiving touchdowns, went to six Pro Bowls in an entertaining 15-year career.

The class of 2016 has a definite connection to Sunday's Super Bowl 50 between the Carolina Panthers and Denver Broncos at Levi's Stadium.

Greene, who has 160 career sacks, good for third on the all-time list, played three of his last four seasons with the Panthers.

Manning, the Broncos' quarterback, played 14 seasons with the Colts and was a key figure in Harrison's and Dungy's elections to the Hall. Harrison had 1,102 career receptions for 14,580 yards and 128 touchdowns to go with 59 career 100-yard games. Harrison was selected to the league's All-Decade team of the 2000s.

Dungy helped build the previously struggling Buccaneers into a playoff contender with one of the league's best defenses of the era. Dungy's Colts, with Manning at quarterback, won Super Bowl XLI to close the 2006 season.

Dungy spoke of the low representation of minority coaches when he arrived in the league and the pride he has to represent his African-American role models.

"I came into the league in 1977," Dungy said. "At that time, there were seven or eight African-American assistant coaches in the entire league, so it wasn't a situation where you had a lot of role models. I had a lot of people who believed in me, and I'm very, very proud to represent those men."

Stabler, who died in 2015 from complications resulting from colon cancer, also suffered from the effects of the degenerative disease chronic traumatic encephalopathy, the doctor who examined his brain told ESPN's Outside the Lines earlier this week.

"My grandfather, he was just a really good man," Moyes said. "I never saw him turn down an autograph. He was just special. He loved football, and that was life for him."

Stanfel was selected by the Detroit Lionsin the second round of the 1951 NFL draft. In seven seasons, the last three with the Washington Redskins, he was named to four Pro Bowls, and he was selected to the 1950s All-Decade team.

With Pace on the blindside, the Rams finished in the top 10 of total offense seven times and led the league in total yards, passing yards and points in three straight seasons (1999-2001). Additionally, Pace was the left tackle for an offense that finished in the top five in passing yards for eight consecutive seasons. He was the bedrock of the Rams' offensive line for 12 seasons. He earned seven Pro Bowl trips and five All-Pro honors, and he landed a spot on the second team of the NFL's 2000s All-Decade team.

DeBartolo owned the 49ers from 1977 to '98. During his tenure, the franchise won five Super Bowls and 13 divisional titles, went to the playoffs 16 times and made the NFC Championship Game 10 times.

"First of all, I'm still in a state of shock," DeBartolo said. "It means a culmination of a lifetime of blood, sweat, tears, love for a city, love for players, relationships with media -- some good, some bad, we had our times.... I'm honored and humbled, and I don't even know what more I can say."

DeBartolo was suspended by the NFL for a year -- the 1999 season -- after being found guilty of failing to report a bribe. The suspension was the result of a corruption case against former Louisiana Gov. Edwin Edwards. After the suspension, DeBartolo gave control of the team to his sister, Denise DeBartolo York.

Among the modern-era finalists who made the cut to 10 but did not make the class of 2016 were former Broncos running back Terrell Davis, former Broncos and Buccaneers safety John Lynch, former Redskins tackle Joe Jacoby, formerRams, Giants and Cardinals quarterback Kurt Warner and former Chargers coach Don Coryell. 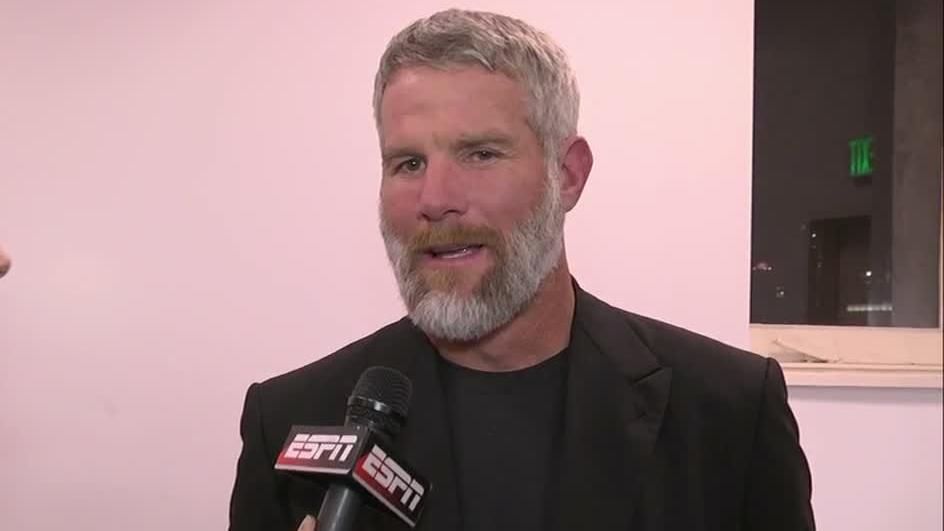