Ron Rivera: Players shouldn't have to do interviews after Super Bowl loss 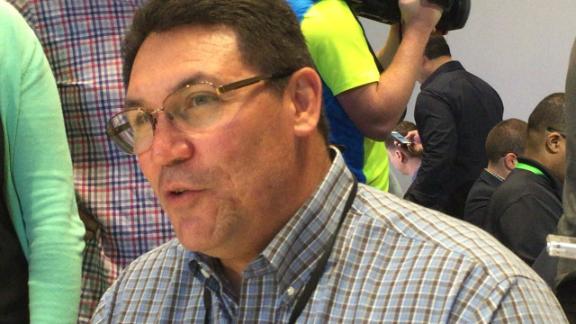 Rivera went as far as to suggest players from the losing Super Bowl team shouldn't be put in the position of having to do interviews following the most disappointing defeat of their careers.

At the very least, Rivera suggested, the league shouldn't have players from both teams being interviewed in the same room where they can hear each other as the Panthers and Broncos were.

He called it "tremendously unfair'' that players are put in the position of showing their raw emotion as Newton did after the 24-10 loss to Denver.

"Personally, I've always felt that in a situation like that there is only one person that needs to talk, and that's the head coach,'' Rivera said during the NFC coaches breakfast at the NFL owners meetings. "That's the person you should pull out and put in front of everybody and let him answer the questions.

Newton, with the hood from his sweatshirt pulled over his head, spent only two minutes and 39 seconds answering 13 questions with short answers before walking out of his Super Bowl news conference.

He was criticized nationally for showing a lack of professionalism. Two days later, Newton admitted he's a "sore loser.''

"I appreciate that. I really do. He's honest, at least.''

One of the issues Newton had was he could hear Denver's Chris Harris talking about how the defense shut down the Carolina offense.

Rivera said Newton mentioned that when they discussed what happened.

"This is the pinnacle of what we do,'' Rivera said. "And when you practice and prepare your whole life to do this, and you get your chance and you don't [win], that's a crushing blow.

"To bring a young man [in], put him out there, he can hear what's going on in the booth next to him from a person answering those questions, I'm not sure if that was the best way to handle it, either.''

Rivera suggested that perhaps the losing team should be given a day or two before facing reporters. "To me, personally, let one person do it,'' he said, referring to the head coach. "And then you can talk to the guys later on.''

Rivera said he didn't spend a lot of time talking to Newton about his postgame behavior before the franchise quarterback left for the offseason. He said the focus was on getting past the disappointment.

Rivera doesn't expect the Super Bowl loss to have a lingering effect on Newton, who has spent most of the past month in the Los Angeles area filming his new children's reality television show for Nickelodeon.

"To me, the thing that is more important is that he improves as a football player and continues to grow as a young man as he has.''

Rivera hopes the negativity that Newton received for his postgame behavior doesn't overshadow all the good his quarterback has done on and off the field.

"I've been around him for 5 years,'' he said. "I got to spend time at his house with his parents and his brothers and just see the type of young man he is, who he really is.

"I've gone to those charity events and watched him interact with young men and women and thought, 'Gosh, what a great example he is to people.' And something like this happens and everybody wants to blow him up. And that's so unfair, because they don't know the guy.'' 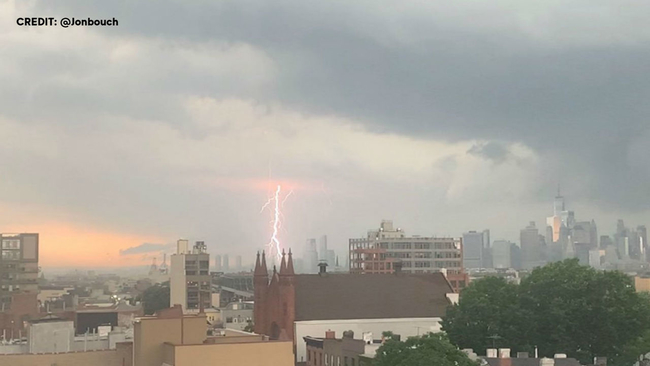