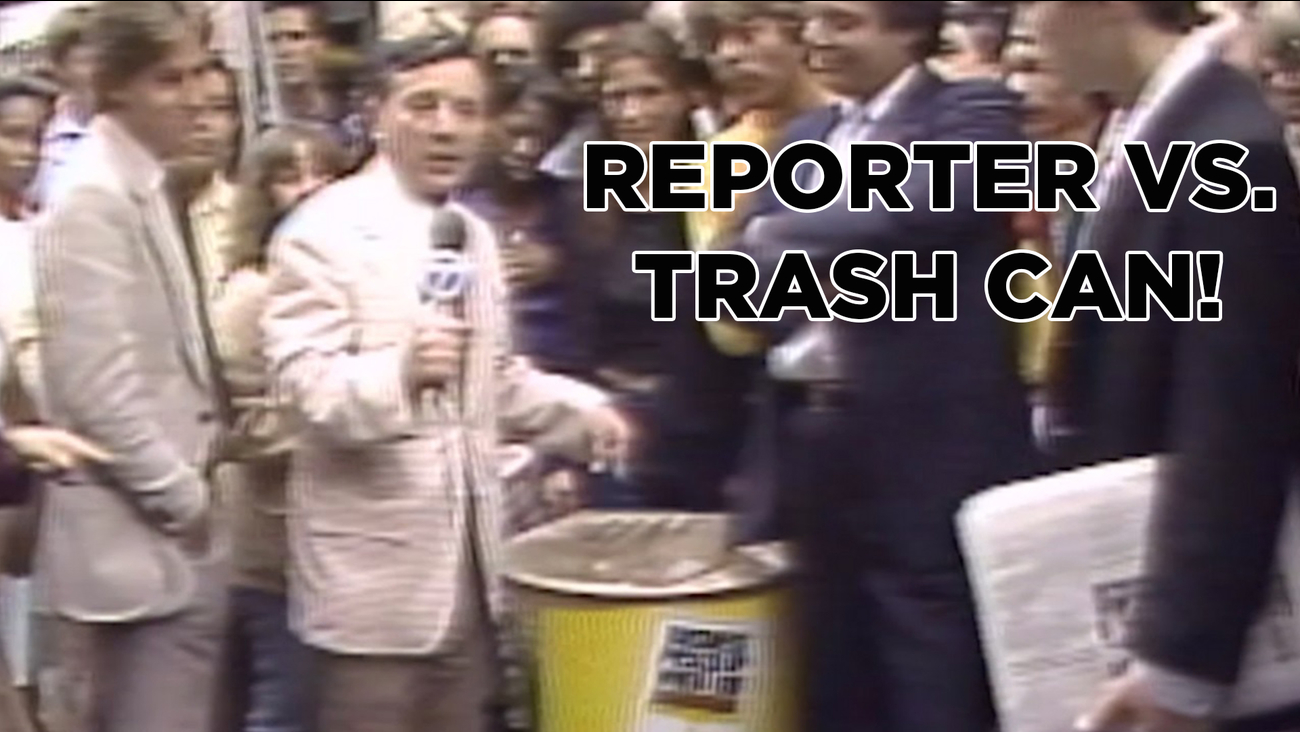 Milton Lewis reports on a talking trash can on Sept. 16, 1980. (Eyewitness News Vault)

On Sept. 16, 1980, when the most advanced technology on the sidewalks of New York was a Touch Tone payphone, a talking trash can was a novelty indeed.

The talking litter basket attracted a crowd near East 32nd Street in Manhattan, or perhaps the big draw was Milton Lewis and the Eyewitness News crew that arrived to shoot it.

Milton was in fine form, cracking wise as the garbage can talked trash.

"I'm here to remind you and every New Yorker that a cleaner New York is up to you," the trash can blared into Milton's microphone.

So just why did the city install a talking litter basket?

"What we're hoping it will do is draw attention to the merchants who are participating in the New York Sweeps campaign," said Norman Steisel, the city's sanitation commissioner, discussing the city's efforts to curb the litter problem.

Milton had a question for the trash basket: "What if somebody throws rocks in here?

No response. The basket pleaded the Fifth on Fifth Avenue.

But he got a response to another question about what would happen if the can gets overloaded.

"I won't be overloaded," the can said. " because the sanitation department has seen to it that men with trucks will come and empty me before I get too full."