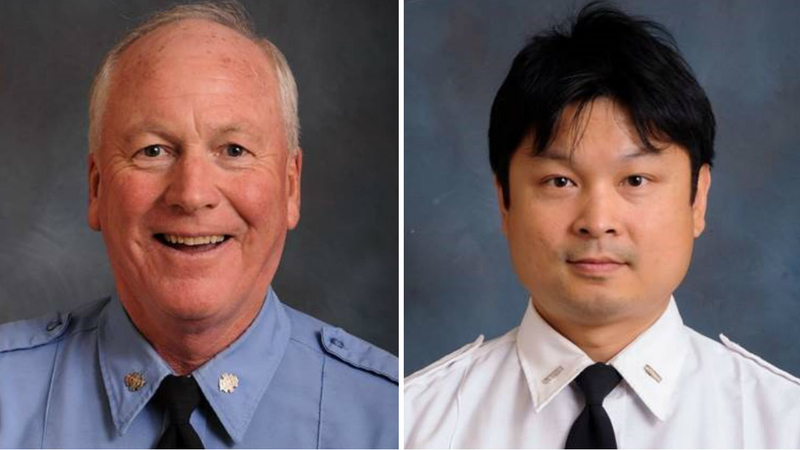 WOODSIDE, Queens (WABC) -- Two EMTs were taken to the hospital in critical condition after both suffered a medical condition while responding to a crash on the Brooklyn Queens Expressway.

An FDNY ambulance was involved in a minor crash on the BQE with a private car just after 1 p.m. on Thursday.

FDNY officials said Liam Glinane, a 63-year-old EMT, was in that ambulance when he suffered a stroke, causing him to veer off the road.

An EMS lieutenant identified as 47-year-old Raymond Wang was in a second ambulance doing a ride-along with a physician and they stopped to help after the crash.

Both men were taken to the hospital in critical condition.

Wang, a 19-year veteran, was transported to Mt. Sinai in Manhattan and was had surgery Thursday night to repair damage from the aneurysm. Officials say his condition is encouraging but he remains in critical condition.

Glinane is said to be critical but stable. The 28-year veteran was also transported to Mt. Sinai in Manhattan. He was treated so quickly doctors are optimistic about his condition.

City officials say it is a bizarre coincidence that both men experienced medical conditions at the same time.

"We're not believers in coincidences, except for today," said FDNY Commissioner Daniel Nigro. "And it is an extremely tragic coincidence."

NYC Mayor Bill de Blasio said the situation is still unfolding but the most important thing is everything is being done to protect the lives of the two men.

"I just ask that all New Yorkers keep these two good men and their families in your thoughts and prayers at this absolutely crucial and sensitive time," de Blasio said.

The investigation into exactly what happened is ongoing.