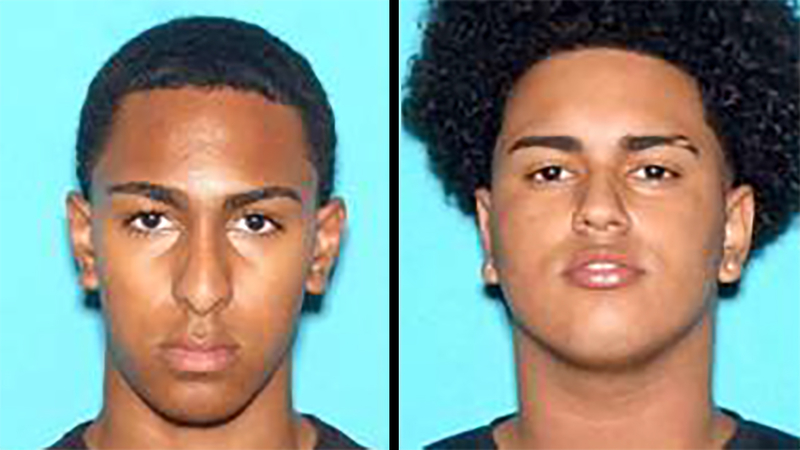 Passaic County police arrested 18-year-old Andy DeJesus and 18-year-old Joel Nunez, both from Garfield, on Tuesday in connection with the murder of 27-year-old Dervy Almonte-Moore.

Officers responded to a call in Clifton that reported of a motor vehicle accident just after 2 a.m. on July 15.

They found the Elmwood Park man unresponsive inside his 1998 black Toyota Camry, which had struck a tree.

Authorities say Almonte-Moore was making a pizza delivery for Jumbo's Pizza in Wallington when he was approached by a group that was armed with a handgun.

Investigators said he was shot while attempting to drive away from the group.

DeJesus and Nunez are charged with first-degree murder, robbery and unlawful possession of a weapon. They pleaded not guilty.

Authorities say a 16-year-old has also been arrested in the case and charged with murder. The teen's name has not been released.

The Passaic County Prosecutor's Office asks anyone with additional information about this incident to contact us on our tips line at 1-877-370-PCPO or tips@passaiccountynj.org or contact the Clifton Police Detective Bureau at 973-470-5908.