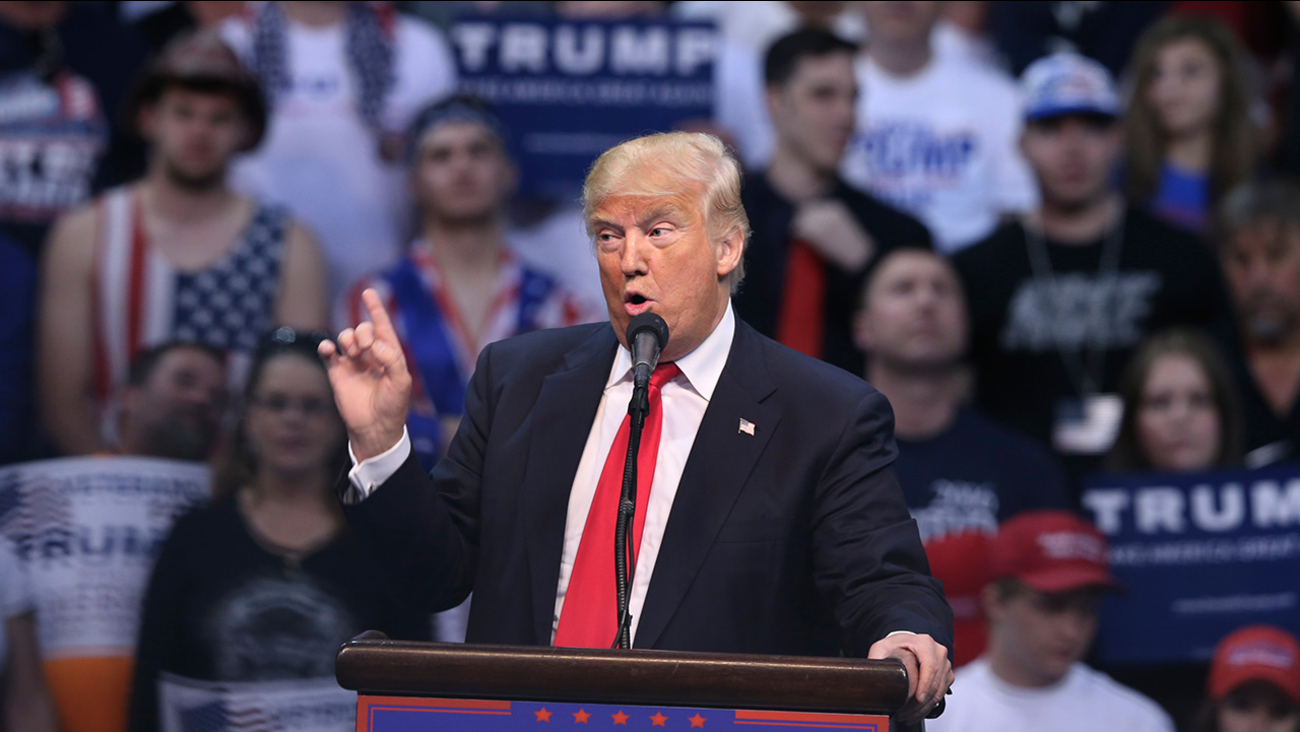 WASHINGTON -- Presumptive Republican presidential nominee Donald Trump on Wednesday released a list of 11 potential picks to replace Antonin Scalia on the U.S. Supreme Court, a mix of federal and state judges that appeared tailored to win over conservatives still skeptical of his candidacy.

The decision to release such a list is highly unusual for a presidential candidate, and comes as Trump is working to unite a Republican Party fractured by his candidacy and assuage still-skeptical establishment Republicans who question his ability to win a general election.

"I have a lot of people that are conservative that really like me, love everything I stand for, but they really would like to know my view," Trump said Wednesday in an interview with Fox News, "because perhaps outside of the defense of our country, perhaps the single most important thing the next president is going to have to do is pick Supreme Court justices."

The list, which featured several prominent names floated repeatedly on conservative wish lists to replace Scalia, won immediate praise from those Trump is trying to win over.

"This list ought to be encouraging to anyone who prioritizes the rule of law, and I congratulate Mr. Trump on making a very significant policy statement about his desire to prioritize the future of the Supreme Court," said Carrie Severino of the Judicial Crisis Network, a group leading the opposition to President Barack's Obama's pick to replace Scalia, Merrick Garland.

Senate Judiciary Committee Chairman Chuck Grassley, a Republican who has refused to hold a hearing to consider Garland's appointment to the high court, said Trump has "laid out an impressive list of highly qualified jurists."

"Understanding the types of judges a presidential nominee would select for the Supreme Court is an important step in this debate so the American people can have a voice in the direction of the Supreme Court for the next generation," he said.

Among the judges on Trump's list is Joan Larsen, who serves on the Michigan Supreme Court. A former law clerk to Scalia, Larson delivered one of the tributes to the late justice at his memorial service. She served in the Justice Department office that produced the legal justifications for the enhanced interrogation techniques, including waterboarding, that critics have called torture.

"I was surprised," Larson said. "I did see the list and those are incredibly distinguished jurists and I'm honored to be associated with judges on that list. It's an incredible list."

Another pick is Don Willett, a justice on the Texas Supreme Court perhaps best known outside his state for his Twitter account, justicewillett. Willett has openly mocked Trump to his more than 35,000 followers, including on Aug. 27, when he wrote, "Can't wait till Trump rips off his face Mission Impossible-style & reveals a laughing Ruth Bader Ginsburg."

Mobbed by reporters Wednesday when he showed up at a book signing with Texas Republican Gov. Greg Abbott just as news of Trump's list was breaking, Willett giggled at the attention. He said he was "exercising judicial restraint" by declining to comment.

Trump's list is also notable for the names that don't appear. It omits two of the biggest stars in the conservative legal world, Judge Brett Kavanaugh of the federal appeals court in Washington, and former Bush administration Solicitor General Paul Clement.

Since Scalia's unexpected death in February, both Trump and his likely Democratic rival, Hillary Clinton, have tried to make the Supreme Court a key election issue, reminding their supporters that its future is hanging in the balance of the 2016 election.

If Clinton is elected, Trump told supporters at a rally earlier this month, "You will have a Supreme Court that will destroy our nation."

"The battle lines have been drawn and the two sides are now clear," said Marjorie Dannenfelser, head of the anti-abortion group Susan B. Anthony List. She added the group is "already working to make the case to pro-life voters that the court matters and must be protected. This is not an election for pro-lifers to sit out."

Clinton, meanwhile, had warned before Wednesday that Trump's picks for the court would roll back the rights of individuals and further empower corporations. Ilyse Hogue, the president of NARAL Pro-Choice America, which has endorsed Clinton, panned the list as "a woman's worst nightmare."

"Their records reveal a lineup of individuals who would likely overturn Roe v. Wade if given the chance, gutting what's left of abortion access in this country and heaping punishment on women," she said.

Trump first said in March that he planned to release a list of potential justices in an effort to ease concerns about his conservative credentials, which had come under attack in the heated Republican primary. Among his critics was Cruz, who ran an ad saying Trump could not be trusted with a Supreme Court nomination.

It was a rare acknowledgment from Trump that he could be doing more to appease those in his party who opposed his candidacy.

"I am going to give a list of either five or 10 judges that I will pick, 100 percent pick, that I will put in for nomination," Trump said at an event in Palm Beach, Florida. "Because some of the people that are against me say: 'We don't know if he's going to pick the right judge. Supposing he picks a liberal judge or supposing he picks a pro-choice judge.'"