According to Suffolk County Police, Dominick Lopez was driving his 1995 red Honda Civic south on Station Road in Medford at about 4:25 p.m. when Lopez apparently lost control of his vehicle, crossing the double yellow line and colliding with a northbound 2016 Nissan Pathfinder.

Lopez, 20, of Shirley, and his passenger, Derek Buffa, 23, of Mastic Beach, were ejected from the vehicle and pronounced dead at the scene. 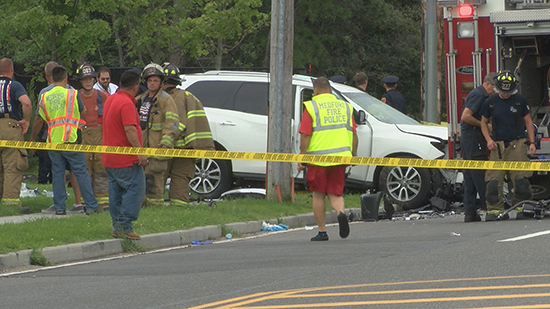 A rear seat passenger in the Nissan, Aida Cardenas, 67, of, Selden, was pronounced dead at Brookhaven Memorial Hospital Medical Center.

The driver of the Pathfinder, a 41-year-old-man, and his 33-year-old wife, both of Bellport, who was sitting in the front passenger seat, were hospitalized with non-life-threatening injuries.