David Wright to have shoulder surgery after having setback 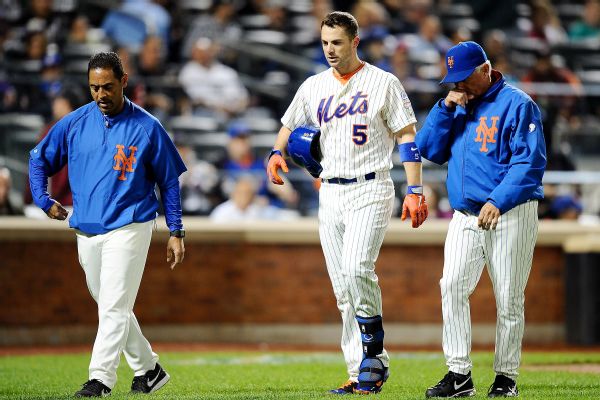 New York Mets third baseman David Wright, who has not played in over 15 months while recovering from neck surgery, will undergo another operation Tuesday to repair his rotator cuff in his right shoulder.

The Mets announced the latest surgery for Wright on Monday, one week after the veteran's minor league rehab assignment was shut down.

Wright, 34, has not played in a game in the majors since May 27, 2016. The Mets captain has spent this entire season attempting to come back from neck surgery for a cervical disk herniation.

A seven-time All-Star, Wright has appeared in a total of just 75 games since the start of the 2015 season. He has three years and $47 million remaining on the eight-year, $138 million deal he signed in 2012.