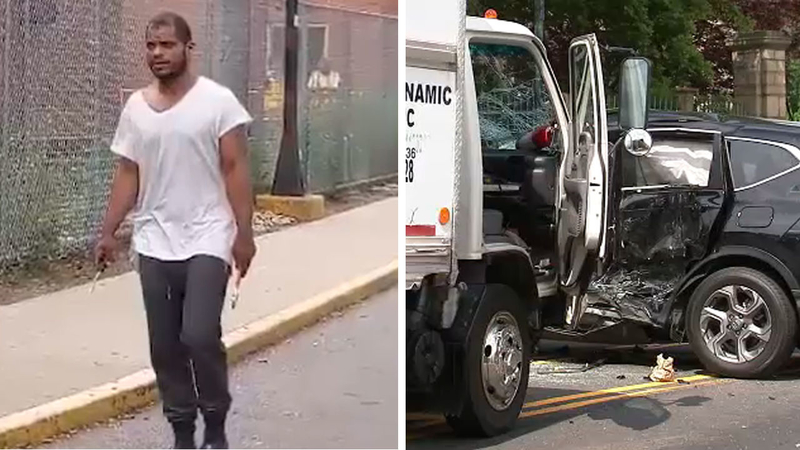 MIDDLE VILLAGE, Queens (WABC) -- Police say a 37-year-old man is in custody after causing a deadly crash with a stolen box truck.

Authorities say the suspect was speeding when he slammed into an SUV on Metropolitan Avenue and Rentar Plaza around 1 p.m. on Tuesday afternoon.

Witnesses say the truck ran a red light after he hit several other cars on the street.

"He was just going down the street, just pinballing cars, and it was like a scene out of a movie," witness Dallas Edwards said.

The 25-year-old driver of the SUV, Hamlet Cruz-Gomez, was taken to the hospital where he was pronounced dead.

"He was so young and had so much to live for, and that's what keeps playing in my mind," witness Christina Gibbs said.

The suspect, later identified as Ramone Pena, ran from the scene after that crash but was caught inside the Metropolitan Avenue subway station.

Witnesses who saw the incident unfold pointed authorities in the right direction and Pena was arrested as he walked out of the M train that police had stopped.

Pena is facing charges of manslaughter, assault, grand larceny, leaving the scene of an accident, reckless endangerment and driving without a license.