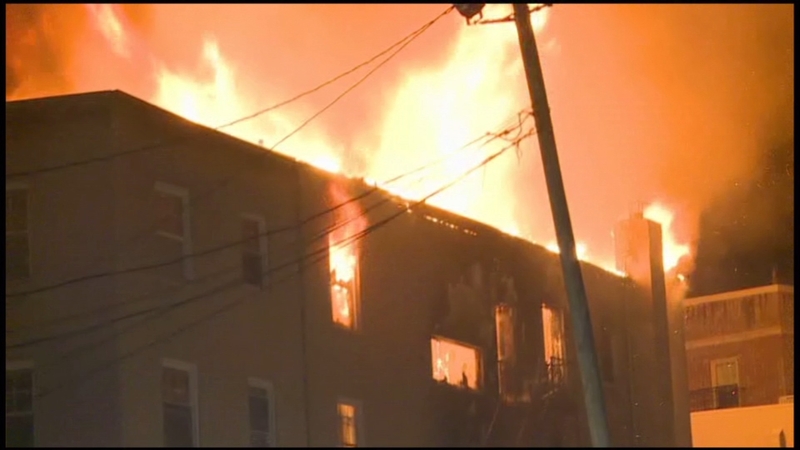 The fire broke out at about 5:25 a.m. at a multiple family complex on Summit Avenue at Deforest Avenue in Summit.

The heavy fire caused extensive damage to the 3-story complex before being placed under control. One building was destroyed while the other two were damaged.

Firefighters helped rescue several people. Authorities say several people were evacuated from the complex's three buildings, including some who had to escape through their unit windows.

Two people were being treated at a hospital for undisclosed injuries that were not considered life-threatening. Their names have not been released

The American Red Cross was providing aid to the displaced residents.