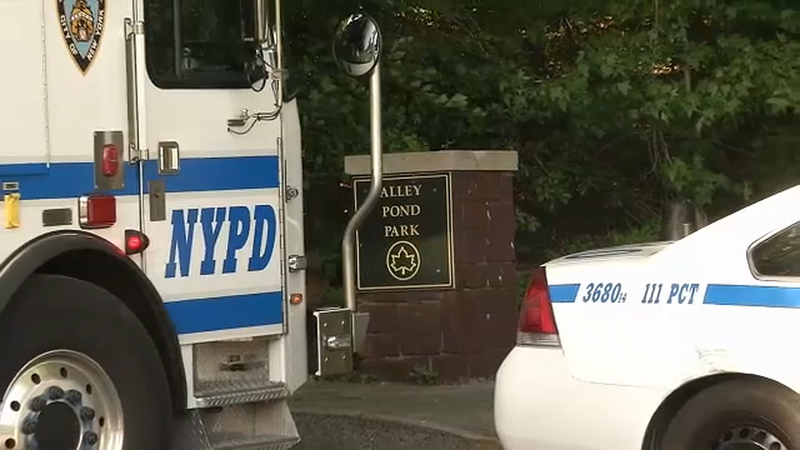 LITTLE NECK, Queens (WABC) -- Three alleged MS-13 gang members are under arrest in connection the murder of a teenage boy who was found in a wooded area in Queens in 2017.

The body of 16-year-old Julio Vasquez's was discovered stabbed to death in Alley Pond Park.

Police believe Vasquez was ordered to kill a low-level gang member and that when he didn't, alleged gang leader Melvi Amador-Rios believed he was cooperating with authorities and lured him to the park where he was killed.

Officials say he was not working with police, however, and just didn't want to kill the rival.

About 20 minutes prior, Rivas was recorded talking to his girlfriend on the phone about life in MS-13.

"If not, the one that would be stabbed would be me," he said in Spanish. "I'm telling you that sometimes I feel like taking my own damn life. This thing is garbage."

"The superseding indictment alleges multiple murder conspiracies, including a kill-or-be-killed plot culminating in the brutal murder of a teen victim who was stabbed to death for not carrying out a lethal order himself," U.S. Attorney Richard Donoghue said. "The mindless violence embodied by MS-13 presents extreme danger to our communities and underscores the resolve of this Office, together with our law enforcement partners, to eradicate the gang."

Amador-Rios is already in custody in the attempted murder of rival gang member that left that man a paraplegic.