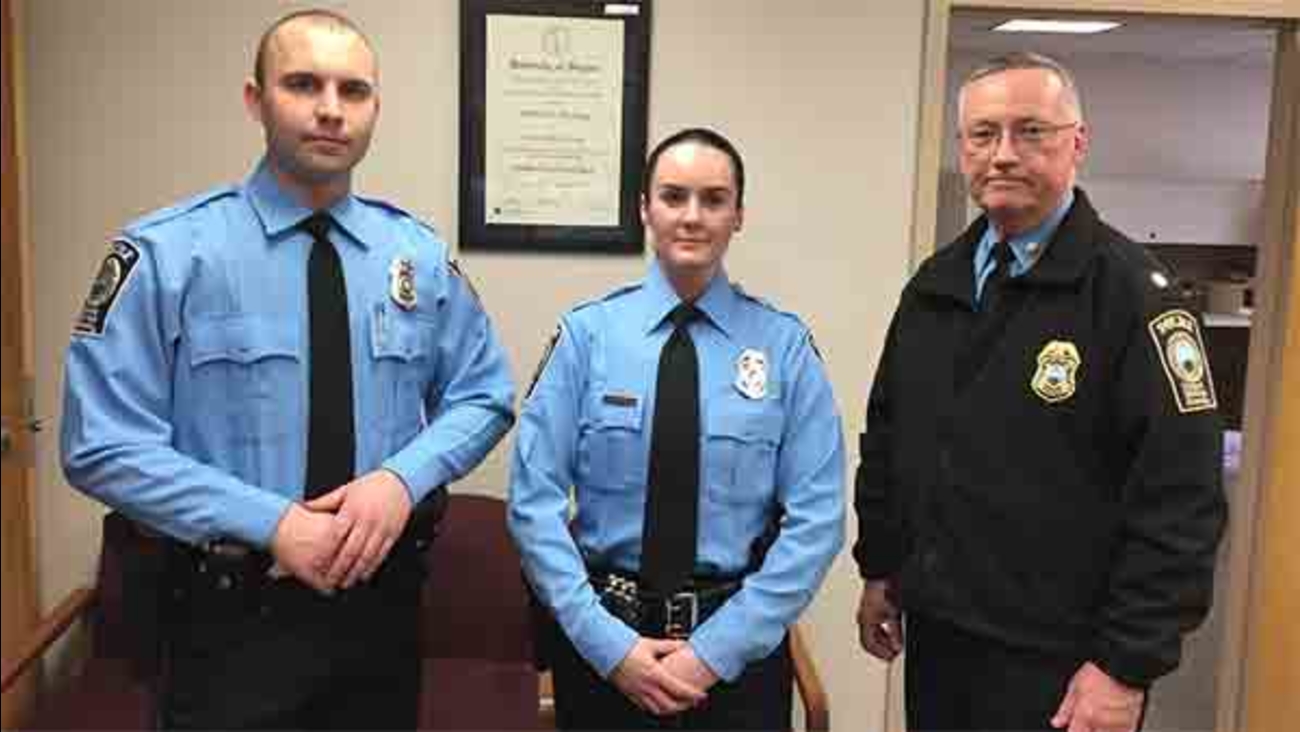 WOODBRIDGE, Va. -- An Army staff sergeant assigned to the Pentagon was arrested on murder and other charges in the death of a police officer and another person, authorities said Sunday.

Ronald Williams Hamilton, 32, is being held without bond in the Prince William County Adult Detention Center on charges that include murder of a law enforcement officer. He is accused of shooting and killing Officer Ashley Guindon after she answered a domestic violence call at the Hamilton home Saturday evening. Two other officers were hospitalized with injuries.

Hamilton is an active duty Army staff sergeant assigned to the Joint Staff Support Center at the Pentagon, according to Cindy Your, a Defense Information Systems Agency spokeswoman based at Fort Meade, Maryland.

Guindon, 28, had gone through training with the department last year before leaving for personal reasons. She rejoined the department this year and Saturday was her first day on patrol, according to Police Chief Stephan Hudson.

"We were struck by her passion to do this job," Hudson said at a news conference Sunday. "She did share with us when we rehired her that she felt like she wanted to do this job. She couldn't get it out of her blood. She clearly had a passion to serve others in a way that went beyond herself."

PWCPD Ofc Ashley Guindon has died as a result of her injuries sustained during the incident on Lashmere Ct. We ask for thoughts and prayers.

Guindon was a former Marine Corps reservist and had a master's degree in forensic science, according to Hudson. She held a bachelor's degree in aeronautics with minors in psychology, homeland security and aviation safety from Embry-Riddle Aeronautical University in Daytona Beach, the school said.

A picture of Guindon was posted to the department's Twitter page on Friday with a tweet that read, "Welcome Officers Steven Kendall & Ashley Guindon who were sworn in today & begin their shifts this weekend. Be Safe!"

The shooting occurred Saturday evening at Hamilton's home in Woodbridge. Hudson said Hamilton and his wife, Crystal, were arguing and she called 911.

Crystal Hamilton, 29, was fatally shot by her husband before police arrived, Hudson said. The officers were shot shortly after their arrival, and when additional officers arrived, Hamilton surrendered and came out the front door of the house.

Police said their 11-year-old son was at home at the time of the shootings. He is now being cared for by relatives. Police recovered two guns from the scene: a handgun and a rifle.

The department announced on its Facebook page that Officer Ashley Guindon had died from the injuries she sustained in the shooting.

A picture of Guindon was posted to the department's Twitter page on Friday with a tweet that read, "Welcome Officers Steven Kendall & Ashley Guindon who were sworn in today & begin their shifts this weekend. Be Safe!" It is not known if the other officer in the tweet was involved in the shooting incident.

The injured officers were identified as Jesse Hempen, 31, an eight-year veteran of department; and David McKeown, 33, a 10-year veteran. They are expected to recover, Hudson said. Details about their injuries were not released.

The death of Guindon was just the latest tragedy to strike the family. Her father, David, committed suicide the day after he returned home from Iraq, where he served with the New Hampshire Air National Guard. He was buried with full military honors on Aug. 26, 2004.

"He came home and took his own life," said Dorothy Guindon, Ashley's grandmother.

Ashley was his only child.

She was born in Springfield, Massachusetts. The family later moved to Merrimack, New Hampshire, according to her grandmother.

"This is really a shock to us," Dorothy Guindon said. "Ashley was such a nice person."

A 2005 graduate of Merrimack High School, Ashley was remembered in a letter to the school board and staff by the school principal, Kenneth Johnson.

"Our thoughts and prayers are with her family at this time. We will have a moment of silence for her on Monday, and we will remember her on graduation day as well," he wrote.

Officer Brandon Carpenter at the county's adult detention center says Hamilton is being held without bond at the jail on charges that include murder of a law enforcement officer, first-degree murder charge, two counts of malicious assault and two counts of use of a firearm during a felony.

Hamilton is scheduled to be arraigned Monday morning.

At Inova Fairfax Hospital, where the three officers were flown by helicopter after the shooting, more than 100 patrol cars lined the roads outside early Sunday morning to stand vigil and escort Guindon's body to the medical examiner.

The shooting occurred in the Lake Ridge neighborhood, on a curving street with $500,000 suburban houses with brick and siding exteriors, manicured lawns and two-car garages about a five-minute drive from the county office building.