3 women dead after car slams into tractor-trailer in Woodbridge 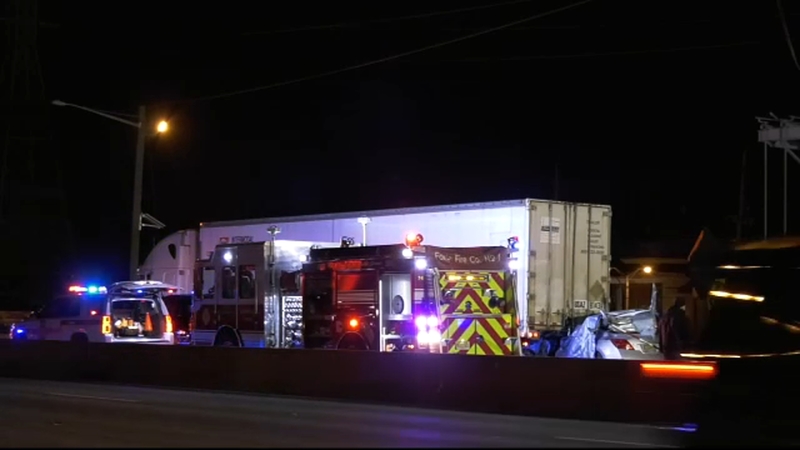 WOODBRIDGE, New Jersey -- Police are trying to determine what led to a crash that killed three young women in New Jersey.

The three died when their car rear-ended a tractor-trailer in Woodbridge just before midnight on Friday.

The Altima slammed into the rear of a tractor-trailer as the truck was pulling away from a stoplight near Ford Avenue on Route 1.

Powell and Chukwuma were pronounced dead at the scene. Martinez was taken to Robert Wood Johnson University Hospital in New Brunswick, where she was pronounced dead,

Martinez and Chukwuma were both 2014 graduates of Franklin High School in Somerset, NJ, and all victims are from the Somerset area.

"Our hearts and prayers go out to the families and friends of these young women," said Nancy LaCorte, president of the Franklin Board of Education.

"Our hearts are broken," Danielsen wrote. "Please keep them and their families in your thoughts and prayers."