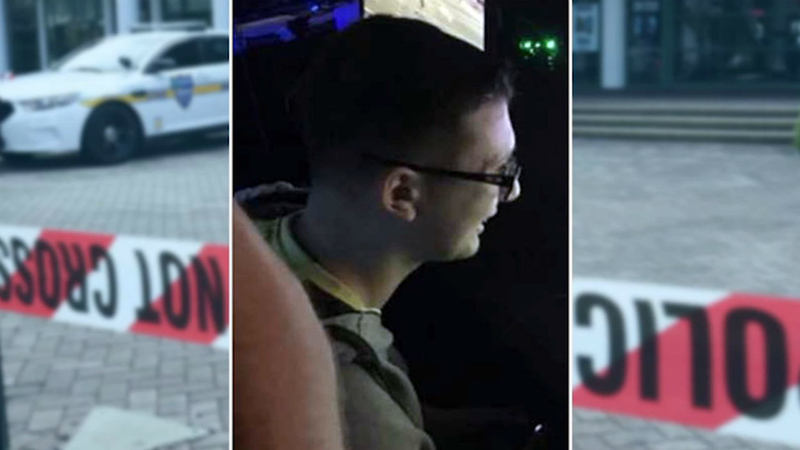 MIDDLETOWN, New Jersey (WABC) -- A New Jersey teen was one of the victims injured when a gunman opened fire at a gaming tournament in Florida this weekend.

George Amadeo, 17, of Middletown, is still in the hospital in Jacksonville after he was shot in the ankle.

Neighbors say Amadeo traveled to the tournament with his father.

His mother posted on Facebook that she needed everyone to pray for her son after his involvement in the shooting.

She later posted and told her followers she had just landed in Florida. She said her son was in a lot of pain and his mental state, as well as her husband's, will never be the same.

Amadeo tweeted to thank his followers for their prayers and to let them know he was out of surgery.

He also shared that he was only feet away from the shooter when his dad jumped on him to protect him.

Have surgery on my foot tomorrow, everything should be ok. Praying for all involved including Spotme and Trueboy. My sister @NinaMarie716 has been keeping you guys updated. I was about 5 feet away from the shooter and my dad jumped on me... he didn't get shot. Im heartbroken.

Two fellow gamers, 22-year-old Elijah Clayton from California and 27-year-old Taylor Robertson of West Virginia, were killed in the shooting.

As the gamers were streaming, a red dot appeared on the chest of one of the victims.

Authorities say David Katz, 24, of Baltimore, then opened fire before fatally shooting himself. Police say he had lost an earlier match.

Court records obtained by The Associated Press show that Katz had been hospitalized for mental illness. Divorce filings from his parents say that as a teenager he was twice hospitalized in psychiatric facilities and that he was prescribed anti-psychotic and anti-depressant medications.