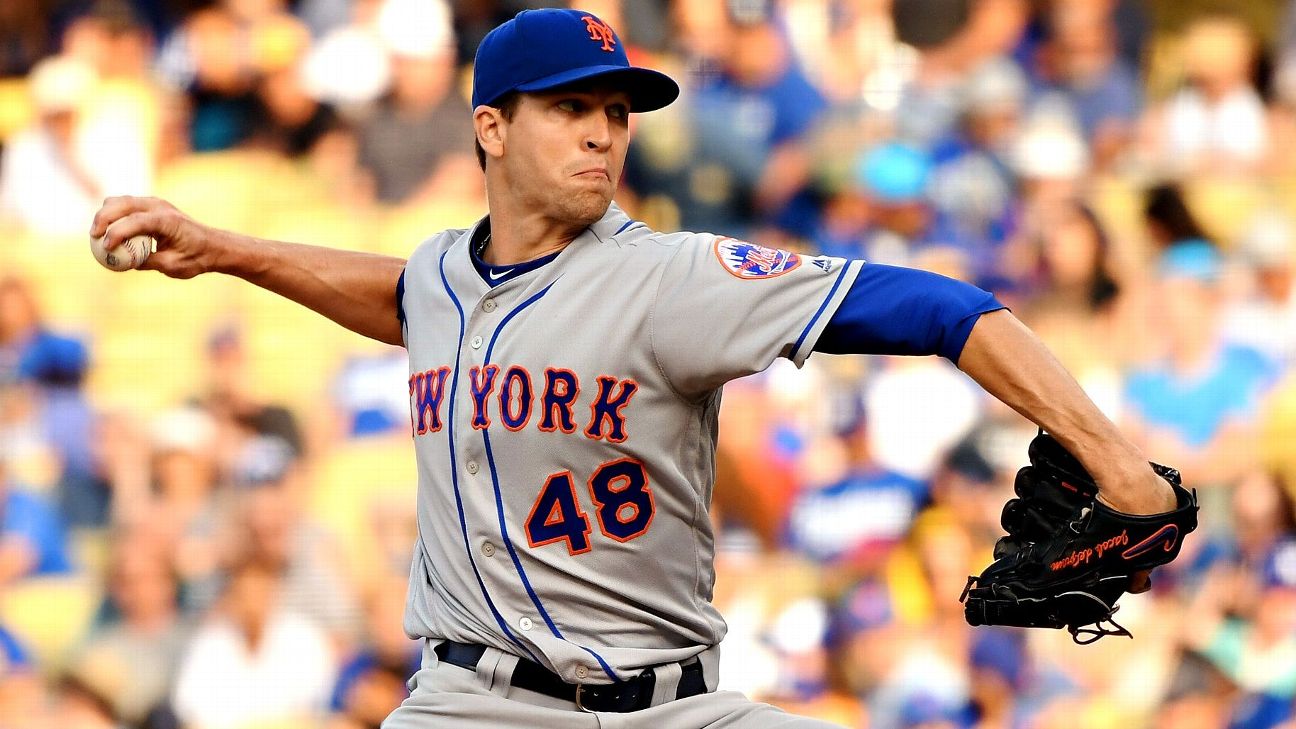 "I honestly have not been looking at stuff like that, just trying to get ready for my next start," deGrom said. "I am out there trying to put this team in a position to win. I don't like giving up runs."

The Cy Young candidate, who is just 8-8 despite a sparkling 1.68 ERA this season, went six innings against the Los Angeles Dodgers and left with the game tied at 1. The only run he gave up was to Justin Turner, who went deep in the first inning, just the ninth homer off deGrom this season.

DeGrom broke a tie with Dwight Gooden for the Mets' mark. Gooden had 24 straight such starts in 1985.

DeGrom's 20 straight quality starts are the longest active streak in the majors and the longest streak in franchise history in a single season.

In addition, DeGrom had a pair of hits and drove in a run Monday, the second straight start in which he has had two hits and driven in the only Mets run while he was in the game.

"Just trying to do my part any way I can," he said.

"He went out there and pitched another gem," said Brandon Nimmo, who slugged the Mets' go-ahead, three-run homer in the ninth inning. "It is what we come to expect from Jake every time. It is almost not fair. We expect him to go out there and pitch seven innings and give up zero or one run every time. For him to keep doing that and then not get these W's is unfortunate."