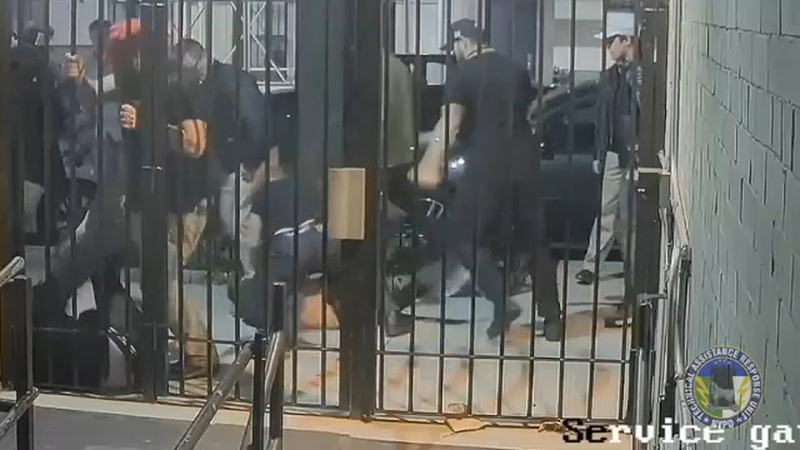 UPPER EAST SIDE, Manhattan (WABC) -- Police have made five arrests in connection with a violent clash that erupted outside of a Republican club following a speech by the founder of a controversial far-right group.

Then on Monday, the NYPD announced the arrests of 41-year-old Irvin Antillon, 40-year-old Douglas Lennan and 26-year-old Maxwell Hare. All three are charged with riot and assault, while Hare faces additional charges of gang assault and criminal possession of a weapon.

All five are among a dozen suspects police say were involved a series of fights following a speech by Gavin McInnes, the founder of the Proud Boys, who describe themselves as "Western Chauvinists."

Video shows men throwing punches, kicking a person knocked to the ground and chanting "USA" outside of the Metropolitan Republican Club on the Upper East Side.

The suspects wanted for riot and attempted assault were identified as nine members of the Proud Boys and three members of Antifa, who police say circled around the block to continue the altercation after officers initially stopped it.
EMBED More News Videos

Authorities say attempts to keep opposing members separated at the end of the speech were foiled when the masked members of the Antifa protest group looped around the block and intercepted members of the Proud Boys who were being escorted by police.

On Friday, McInnes informed officials that he will facilitate the surrender of all the members of his group wanted by police.