Father and son struck by car while crossing street in Brooklyn 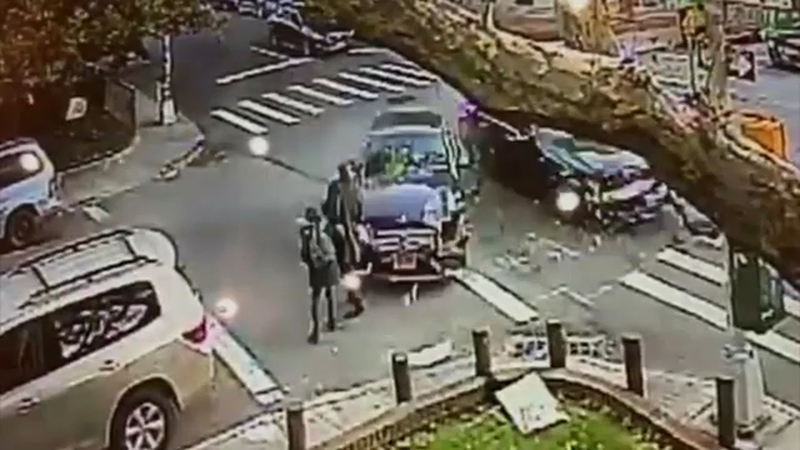 Father and son struck by car while crossing street in Brooklyn

CROWN HEIGHTS, Brooklyn (WABC) -- A father and his son were struck by a car at a crosswalk in Brooklyn Thursday, but fortunately neither was seriously injured.

It happened at 7:45 a.m. at the corner of Crown Street and Brooklyn Avenue in Crown Heights

The two were waiting to cross the street. One car pulled around another that was stopped at a light and went into the intersection, t-boning a Mercedes, which lost control and plowed into both pedestrians.

They went airborne, winding up on Devorah Levin's front lawn.

"They live two blocks down from us, they're known in our community and it's terrifying," said Levin.

She grew up in the house and had walked by herself just minutes before.

Minutes after, local Hatzalah medics, who had been praying in a house just across the street, ran over to render aid, and amazingly, the 47-year-old father and his 11-year-old son were okay.

Mere hours later, they were already home from the hospital.

"It's literally a miracle, it's fully a miracle because if you look at the tape and see the way the father and son toppled over, it's not normal," said Levin.

But the neighborhood is tired of crashes like this. The Levins alone have seen similar accidents there nearly 20 times since they moved in back in 1986.

The problem is so intense, they re-landscaped their lawn to incorporate thick metal poles, which kept the Mercedes from winding up on top of the victims Thursday.