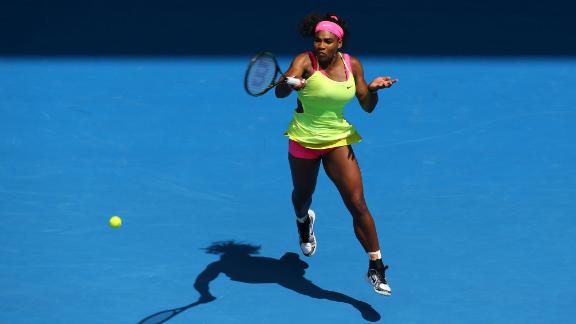 MELBOURNE, Australia -- The Williams sisters are back in the quarterfinals of a Grand Slam. Together. At the same time.

She will be joined there by her older sister, as Venus Williams continued her resurgence with a 6-3, 2-6, 6-1 win over sixth-seeded Agnieszka Radwanska to reach the quarterfinals of a Grand Slam for the first time since 2010.

The sisters haven't both advanced this far at a major since Serena won Wimbledon in 2010, their careers seemingly veering off at opposite trajectories.

Serena has won five Grand Slam titles in the interim, lifting her tally to 18, while seven-time major winner Venus has labored for years since being diagnosed in 2011 with Sjogren's syndrome, which causes fatigue and inflammation. She hadn't advanced past the fourth round of any Grand Slam tournament since Wimbledon in 2011, and many thought she'd never return to the last eight. Now with another win, she could face her younger sister in the semifinals. Even so, she's not getting too excited four wins into a tournament.

"I guess from the outside looking in, I guess it could look like that," said Venus, a seven-time major winner. "But for me I'm just really focused and poised right now. I feel like I've been here before, so it's not like I'm jumping up and down for joy, 'Oh, shoot, what is this? I've never done this.'

"Yes, I've done this. This is what I'm always going into each tournament thinking I want to do. Now is my moment and I want to keep this moment going all year."

Serena was pushed all the way by No. 24-seeded Muguruza, who matched her in the heavy-hitting rallies, and who had conceded only four games to her in a second-round upset last year at the French Open.

The five-time Australian Open winner next faces Dominika Cibulkova, who reproduced the kind of tennis that helped her reach the final here last year as she beat two-time champion Victoria Azarenka 6-2, 3-6, 6-3.

Serena appeared to be laboring at times, and had a serious cough. She struggled with her serve in the first set, winning only one of a dozen points on her second serve as the 21-year-old Spaniard went on the attack. She couldn't convert her six break-point chances, while Muguruza broke her twice.

"She hits the ball really, really big, really, really hard," Williams said. "Someone in the crowd was like, 'C'mon Serena use spin' and I was like 'OK.' There's coaches everywhere out here! Thank you."

She hasn't advanced past the quarterfinals at Melbourne Park since winning her last title here in 2010.

There was a lot to distract her. In the first set, six planes were doing coordinated loops and tricks in the sky over Rod Laver Arena, as part of the national day celebrations in downtown Melbourne. She had difficulty breathing at times, and had a heaving coughing fit into a towel at a changeover.

"I've been a little sick the past couple days but I just love it here," Williams said when asked if she'd swallowed a fly. "When I got down, I was thinking, 'What can I do now?' Whatever happens, I thought, I've won this five times."

She gradually picked up power in the second set, broke for a 5-3 lead and then fired three aces and a service winner to level the match at 1-1, screaming as she pumped her fist.

After missing break points on Muguruza's serve in the opening game of the third, Williams saved six break points and needed almost 13 minutes to hold.

Her confidence up, Williams broke for a 3-2 lead and dominated the rest of the match.

After she recovered an early break in the third, Venus Williams controlled the rest of the match and clinched it with an ace to set up a match against fellow American Madison Keys.

"Any win gives you that rush, whether it's a first round or the last round," Venus said. "I'll be back out on Wednesday trying to play my heart out again."

Her inspiration? "Definitely my sister Serena, she's just the ultimate champion," Venus Williams said. "And definitely a lot of inspiration from all my fans who have stayed behind me through thick and thin."

The No. 10-ranked Cibulkova broke former No. 1-ranked Azarenka's serve seven times to reach a Grand Slam quarterfinal for the sixth time. She lost the final here last year to the now-retired Li Na, and is back in that kind of form.

"I just walked onto the court and all great memories came to my mind," she said, reflecting on how her run last year is inspiring her at the Australian Open. "I thought, 'I'm a great player and I can do it.'"

The two women combined for 76 winners -- 44 by Cibulkova -- in a match filled with extended rallies, momentum shifts and impressive shot-making.

"As you can see, I'm not the tallest player on tour," the 5-foot-3 Cibulkova said. "I need to have something extra if I want to beat these top players. This is my energy on the court, this is how I play."

It was Azarenka's earliest exit from the Australian Open since 2011, but rather than be disappointed, she looked at the upside.

"I take it as progress. I think there are a lot of the positive things to take from here," she said. "Overall, I can be pretty happy."

Keys advanced to her first Grand Slam quarterfinal with a 6-2, 6-4 win over good friend Madison Brengle. It was the first timesince Jennifer Capriati played Amy Frazier at the 2002 US Open that two Americans besides the Williams sisters played each other this late in a Grand Slam.

Azarenka, unseeded this year after her ranking slipped into the 40s following an injury-interrupted 2014, won the Australian title in 2012 and '13 and reached the quarterfinals last year. She opened the tournament with a win over 2013 semifinalist Sloane Stephens and then defeated No. 8-seeded Caroline Wozniacki -- the U.S. Open finalist last year and former No. 1 -- and No. 25 Barbora Zahlavova Strycova.

Rain showers forced the roofs on all three stadium courts to be closed early, but they opened for later matches when the weather cleared.

Serena Wins French Open Rematch
Serena Williams beat Garbine Muguruza, the woman who beat Williams in the second round at the 2014 French Open, 2-6, 6-3, 6-2 to advance to the quarterfinals at the Australian Open. 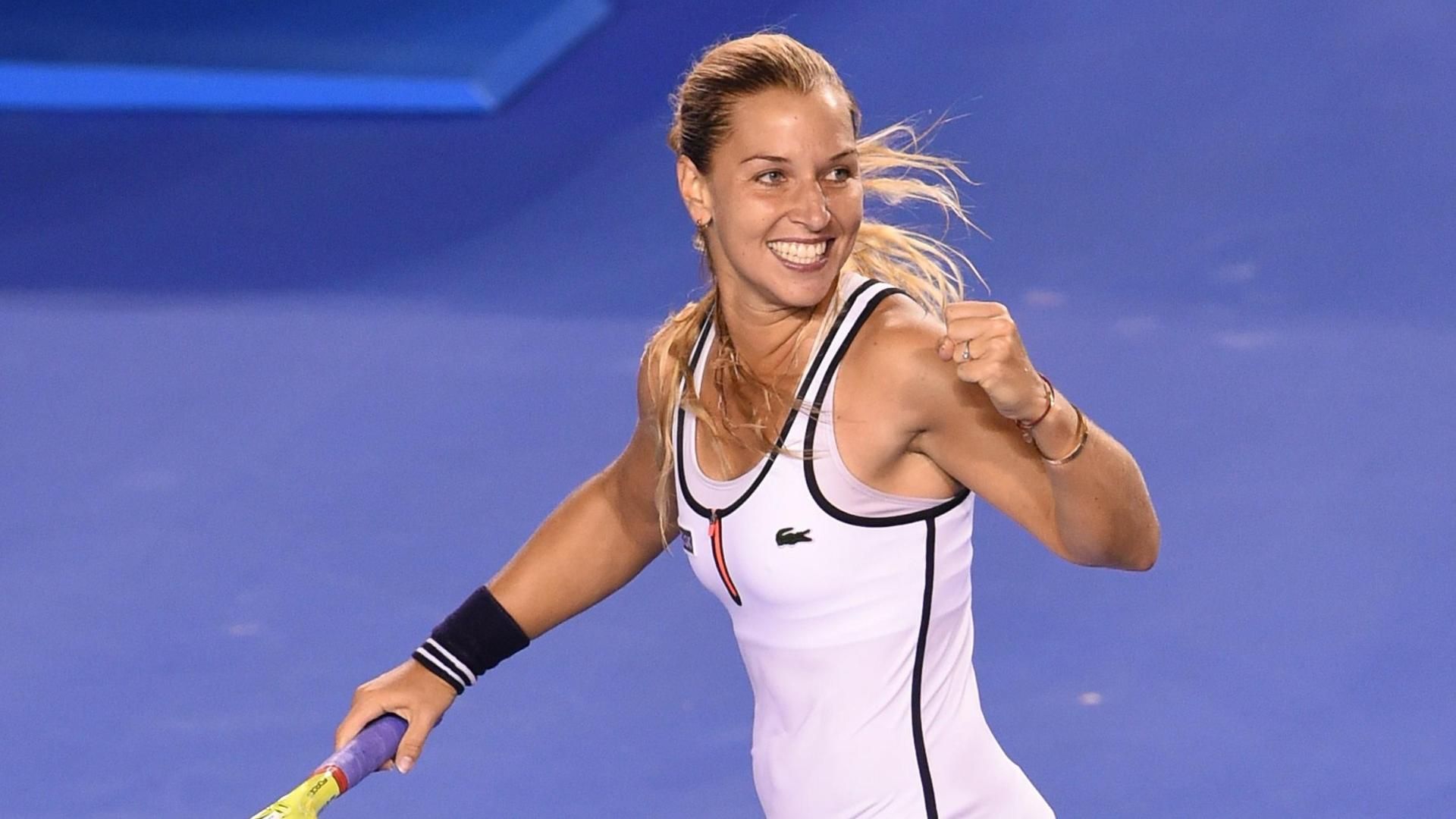