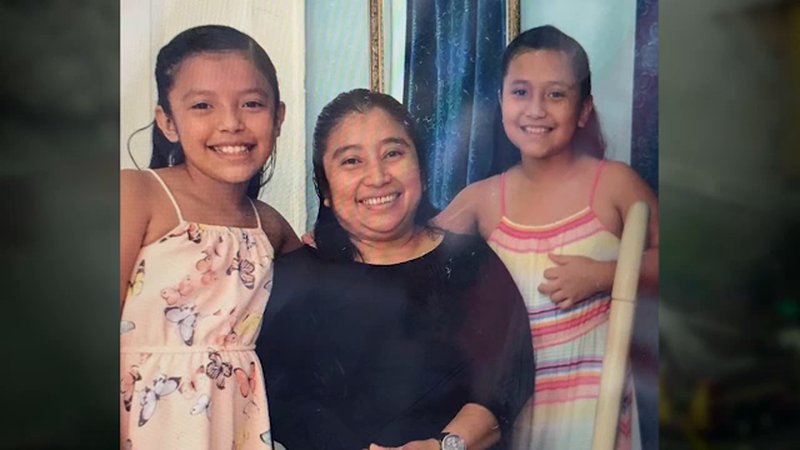 ELIZABETH, New Jersey (WABC) -- A fifth victim has died a week after four people -- including three children -- were killed in a fire at a furniture store in New Jersey.

The Elizabeth mayor's office announced Tuesday morning a woman who initially survived the blaze has died from her injuries late last week.

Merlyn Vasquez, a mother of two of the victims, had survived the fire but was hospitalized in grave condition.

The five-alarm fire tore through a commercial building in Elizabeth Monday evening, apparently starting in a first-floor dollar store soda machine and quickly spreading, trapping the victims in a second-floor furniture store.

The youngest victim was identified as 8-year-old Daniela Marquez, removed Monday, while her 10-year-old sister Paola was among those found Tuesday morning.

Residents came together last week to pray and bring closure to the family that is suffering.
EMBED More News Videos

Residents came together Wednesday evening to pray and bring closure to the family that is suffering, after three children and a woman perished in a fire in Elizabeth.

Authorities believe smoke detectors were working, but the building was engulfed so quickly that even first responders who arrived in minutes were helpless to rescue the victims.

Their efforts were impeded by locked bars on a converted door and an incredible amount of smoke, and all of the victims were all found near the locked gate.

Authorities say the building is owned by Okay Roger Reality, of Brooklyn, and there are now questions about the escape route that was blocked and turned into a death trap.

Some residents at the vigil claim that the building has "illegal conversions" and want the store owner to be brought to justice.
EMBED More News Videos

Residents came together to pray for the victims of a tragic and deadly fire in Elizabeth. Some residents claim the building where the fire started had "illegal conversions."

They claim that the last inspection inside the furniture store was four years ago, when the new owner purchased the location.

Officials say the fire was fueled by cribs and other items inside the furniture store, which proved easy tinder for the flames.

Three police officers happened to be only a block away, and Eyewitness News was told they were on the scene immediately and tried desperately to reach the victims.

It took more than 100 firefighters 3 1/2 hours to get the scene under control.

Dozens of residents were also displaced.