Subway safety: In 4 hours, through 4 boroughs, we saw just 5 officers 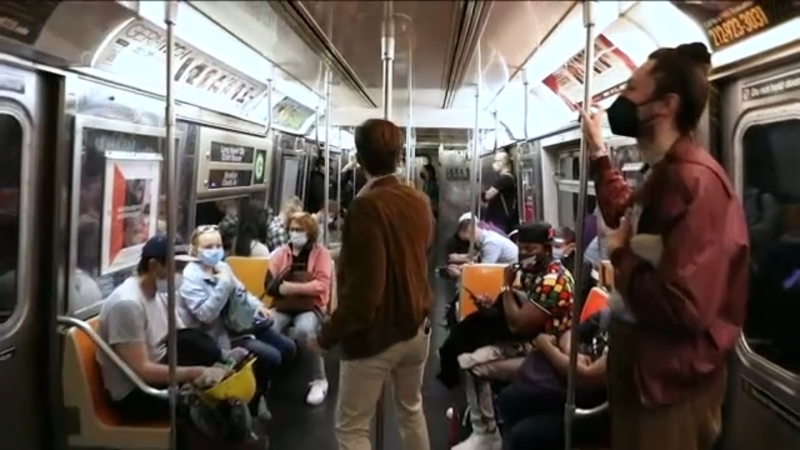 5 officers in 4 hours on the subway

NEW YORK (WABC) -- It began early Friday morning on the Number 4 train, but by the time it was over, five people would be slashed and punched.

Now, four teens are under arrest amid a surge of violent crime in the subways.

"I am happy to report that we have a number of people in custody, at this time, that we believe are responsible for the incidents," New York City Police Commissioner Dermot Shea said.

Even in the middle of the day, many New Yorkers said they were riding the New York City transit system in fear and so we rode the trains with them.


Starting in Union Square, where we saw an NYPD sergeant patrolling the corridors, but we wouldn't see another uniformed officer for two hours.

We rode the transit system through four boroughs of New York. Underground, above ground, uptown, downtown, and crosstown. We rode nine different subway lines, in and out of literally dozens of stations. From some of the smallest to some of the largest.

Everyone we spoke with told us the same thing, that they rarely see uniformed officers in the subway, and they would feel a lot better if they did.
Asked to respond, Commissioner Shea suggested riders may have a point.

"If somebody rides for hours and doesn't see someone, then we have more to do, obviously," Shea said.