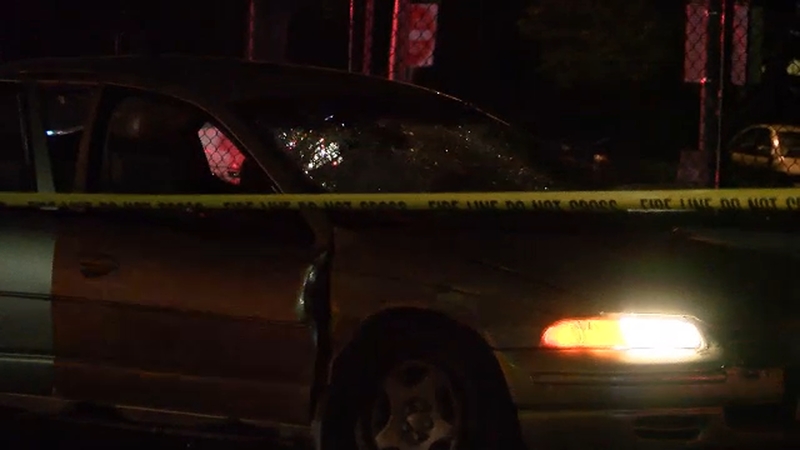 It happened at the corner of Sunrise Highway and Straight Path in Lindenhurst just before 4:00 a.m. as a 13-year-old boy, his 9-year-old brother, and their 12-year-old cousin were trying to walk to a nearby 7-Eleven.

Video showed a car, a 1998 Dodge Stratus, on the scene with a caved-in windshield.

The 20-year-old driver stayed at the scene. No arrests have been made, and the driver was not injured.

Eyewitness News visited the children's family home in nearby Copiague to determine why the young children were out of the house so early in the morning. The family was upset and told news crews to leave the property.

Yet neighbors said the family house has been a problem for some time and have even called the town about it.

"They're just little kids. It's the responsibility of the parent. They ought to put that commercial, 'It's 10 o'clock, do you know where your kids are?' back on TV," one neighbor said.

Detectives are asking anyone with information on this crash to call the First Squad at 631-854-8152.