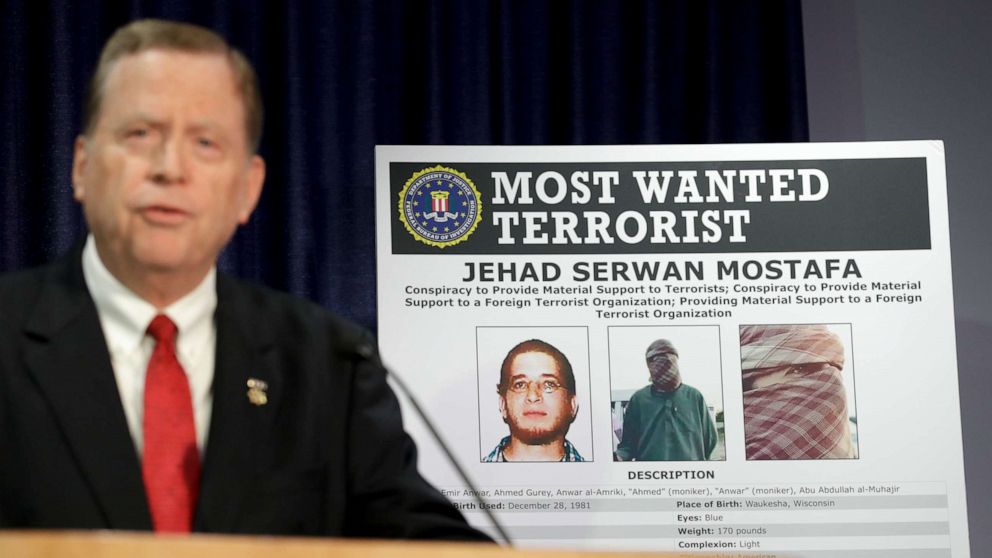 He was born and raised in the San Diego area, but now the FBI and federal prosecutors in Southern California believe 37-year-old Jehad Serwan Mostafa is the highest-ranking U.S. citizen fighting overseas with a foreign terrorist organization.

Officials unsealed a new indictment against Mostafa on Monday alleging his leadership of the terrorist organization al-Shabaab has led to hundreds of innocent victims being hurt or killed in Africa.

Mostafa was originally charged in 2009 with similar counts of providing material support to a foreign terrorist organization. Under the new superseding indictment, additional acts of violence allegedly led by Mostafa from 2009 to 2017 have been added to the case against him.

The FBI is also reaffirming a $5 million reward for information that leads to the capture of Mostafa, who federal officials call an extremely dangerous terrorist leader. FBI leaders worry that Mostafa's U.S. roots could pose a danger to Americans at home or internationally because of a recent call inside al-Shabaab for attacks on U.S. citizens.

"We must use every tool in our toolbox to disrupt a potential terrorist attack before it happens," said Scott Brunner, FBI special agent in charge of the San Diego Field Office.

Mostafa remains a key figure on the FBI's Most Wanted Terrorist List. He has been on that list for years. FBI agents are asking citizens around the world to look at his picture and to listen to his voice to help in their attempts try to locate Mostafa.

"The FBI, the US Attorney's Office, and the State Department have continued an extensive investigation since 2010 to locate this terrorist," explained Brunner. "The FBI has not forgotten, has not stopped working, and will not stop until Mostafa is found."

Agents believe Mostafa has been leading al-Shabaab's explosives department and has been involved in the use of improvised explosive devices.

Mostafa grew up in the San Diego area and attended the University of California, San Diego. He graduated from UCSD in 2004 and the next year traveled to Yemen and Somalia where he fought against Ethiopian forces. He joined al-Shabaab in approximately 2006 and federal officials say he began rising in the terrorist group's ranks.

They believe Mostafa is in Somalia right now.