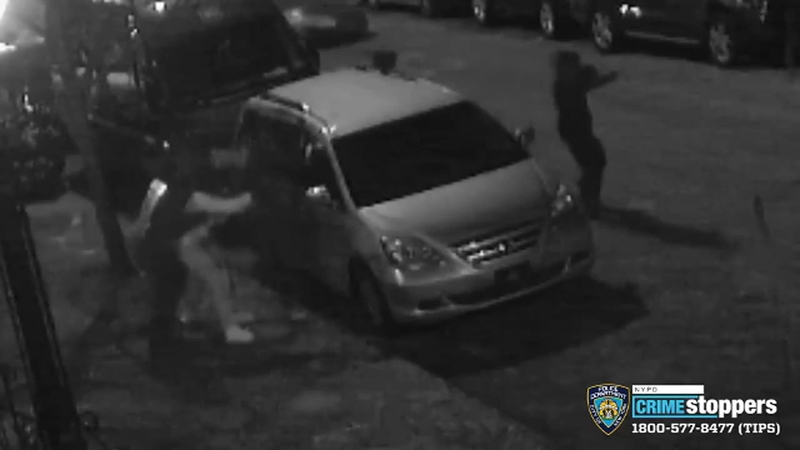 BEDFORD-STUYVESANT, Brooklyn (WABC) -- Terrifying video captured a violent robbery in Brooklyn that ended with the kidnapping of a 28-year-old man who was later found injured and zip-tied on the street.

The incident occurred at 3 a.m. Saturday at Herkimer Street and Nostrand Avenue in Bed- Stuyvesant. The victim's iPhone was stolen in the elaborate robbery.

The video released by police shows a group of men approaching two other men who were walking together, and then forcing one of the men into a Honda Odyssey.

The assailants then pulled out a gun and shot at the other man. It is not known if the man was injured.

Police say the assailants then moved the victim into another car, a black Honda Accord.

The victim was later dropped off -- left taped and zip-tied -- on Preston Court near Kings Highway, police said.

The victim was taken to an area hospital where he received treatment for a laceration on the forehead sustained in a pistol whipping.