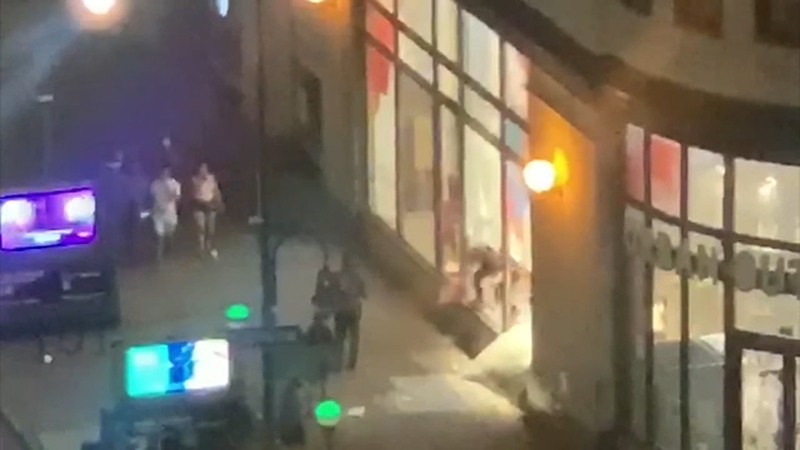 The NYPD said what started as mostly peaceful protest turned to destruction when night fell.

The damage was widespread throughout multiple neighborhoods.

Apple stores, a Verizon store and clothing stores were all damaged -- not just with their windows shattered, but the contents inside were taken.
Cameras captured looters inside an Urban Outfitters at 14th and 6th moments after the windows were shattered.

"Honestly I think the looting is completely justified, these people have been looted from by their country for their entire lives," said Antoripa Dey.

In the daylight on Sunday, the graffiti could be seen up and down the street -- in some cases the name of George Floyd, in other cases, angry messages directed at police.

A night of unrest left those tasked with cleaning up to tackle the mess.

In SoHo, The North Face was one of many businesses now boarded up.

The trail of damage drew employees back into stores who likely hadn't been there in months.

Now many who live in the impacted neighborhoods are taking the clean-up into their own hands.

"If people aren't going to listen when its peaceful, maybe they'll listen when something like this happens," one protester said.