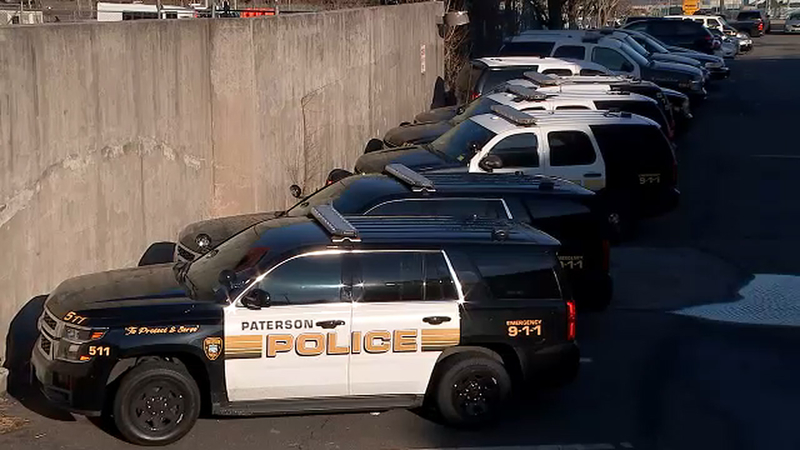 PATERSON, New Jersey (WABC) -- A 7 On Your Side investigation into the Paterson Police Department finds that many alleged excessive force cases are being swept under the rug with millions in settlements and an Internal Affairs Department that rarely substantiate abuse cases.

Our investigation has found that since 2013, Paterson has paid out more than $2 million in settlements, much of that to people claiming police abuse.

"You see fractures with surgery, pins, plates, open-reduction surgeries on arms and legs and shoulders," said attorney Shelley Strangler, who has won numerous settlements for her clients in abuse cases against Paterson police.

She says despite six officers being caught up in an FBI corruption probe, the abuse cases out of Paterson just keep coming.

"It's all about discipline," she said. "If you're not disciplined for the use of force or for improper behavior, then you are spreading the message to all of your officers that it's OK to engage in misconduct."

Dennis Deluccia got an $85,000 settlement after two Paterson police officers broke his leg when he asked police if they had a warrant to search his house.

"I said, 'Why don't you guys just leave? Nobody called the cops here,' and I got jumped in my own house," he said. "And I got my leg snapped when they jumped me."

7 On Your Side Investigates obtained data through Open Records Requests that show there is virtually no chance of a victim of alleged abuse having their complaint substantiated by Paterson Police Internal Affairs investigators.

From 2014 through 2018, there were 183 complaints of excessive force or improper arrest investigated by Internal Affairs -- and only ONE complaint was substantiated.

"The Internal Affairs function is not effective enough to properly discipline and reprimand officers," Strangler said. "And therefore, there is this toleration, so to speak, toleration of misconduct, because the officers know that they are not going to be disciplined."

The Paterson Police Department has ignored our emails and phone calls seeking a response to this report. However, Paterson Mayor Andre Sayegh earlier this year called for a top-to-bottom audit of the department, saying, "I demand accountability and transparency."

DO YOU NEED A STORY INVESTIGATED? Jim Hoffer, Danielle Leigh and the 7 On Your Side Investigates team at Eyewitness News want to hear from you! Call our confidential tip line 1-877-TIP-NEWS (847-6397) or fill out the form BELOW. You can also contact Jim and Danielle directly: Jim Hoffer: Email your questions, issues, or story ideas to 7OnYourSideJim@abc.com Facebook: facebook.com/jimhoffer.wabc Twitter: @NYCinvestigates Danielle Leigh Email your questions, issues, or story ideas to 7OnYourSideDanielle@abc.com Facebook: DanielleLeighJournalist Twttier: @DanielleNLeigh
Report a correction or typo
Related topics:
patersonpassaic county7 on your side investigationpolice brutalityexcessive forcepolice
Copyright © 2022 WABC-TV. All Rights Reserved.
TOP STORIES
Officer injured in Harlem shooting transferred to NYU Langone
Man recovering after being shoved onto subway tracks
Teen shot in back of head among 3 injured in Brooklyn shooting
Family, friends remember fallen officer as kind-hearted young man
AccuWeather: Chilly with some sunshine
Family demands justice after 23-year-old woman found dead after date
Thousands of runners brave cold for NYRR Half-Marathon
Show More
5 tax changes that can boost your refund this year
Market drops 1,700 points, while inflation cancels out wage increases
Domestic incidents are highly dangerous for police officers: Experts
After the omicron wave, what's next for the COVID pandemic?
7th grader fentanyl overdose death sparks debate for Narcan in school
More TOP STORIES News