Day 4 of early voting in New York City, what you should know 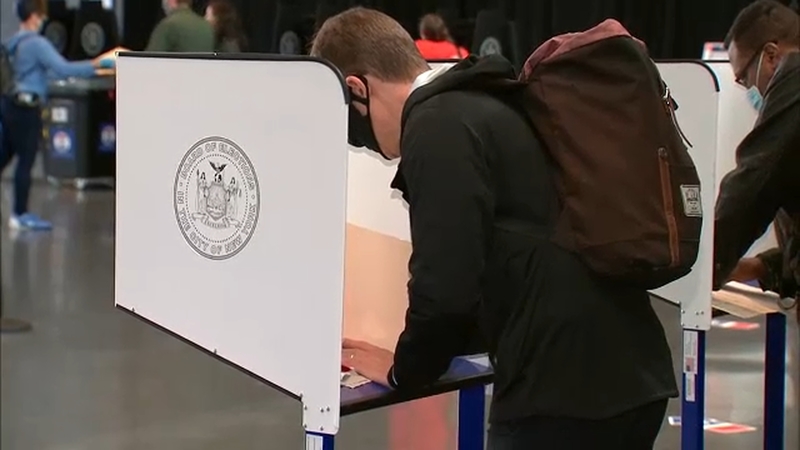 Day 4 of early voting in NYC

The cumulative voting totals were tallied up on Tuesday night:

Turnout for day three Monday was the highest so far, breaking already impressive totals from the weekend.

The NYC Board of Elections say 1,102,313 absentee ballot applications had been processed by the end of business Monday, with another 5,924 applications still awaiting processing.

It's also the last day to request an absentee ballot online, via email, or fax, and any mail-in requests must be postmarked no later than Tuesday.

Despite these deadlines, the postal service says it cannot guarantee timely delivery this close to an election.

You can still request an absentee ballot in person up until Monday, the day before the election.

Over the past three days, nearly 315,000 voter in New York City have voted early.

With that many people, there have been lines, some that reach for several blocks and have led to wait times often nearing an hour or more.

Voters are anxious to cast their ballot, and many aren't complaining.

However, Governor Andrew Cuomo and Mayor Bill de Blasio said the lines are not acceptable.

"New York City Board of Elections blew it," Cuomo said.

They're calling out the Board of Elections, saying more machines and locations are needed, as well as longer hours.

"If the board had enough for knowledge to know that they need a lot of machines, particularly in places where you're going to have a high level of interest in turnout," de Blasio said. "I don't know why they don't even put more machines out. They should do it now."

Eyewitness News has been in touch with the Board of Elections to see if they have a response or might make any changes. So far, they have not responded to the mayor and governor's attacks.

Early voting lasts until November 1. There is no early voting on November 2 ahead of the November 3 general election.

CLICK HERE to find your polling place, and CLICK HERE to browse by county for times and places where you can vote early.

RELATED: New York early voting: What you need to know