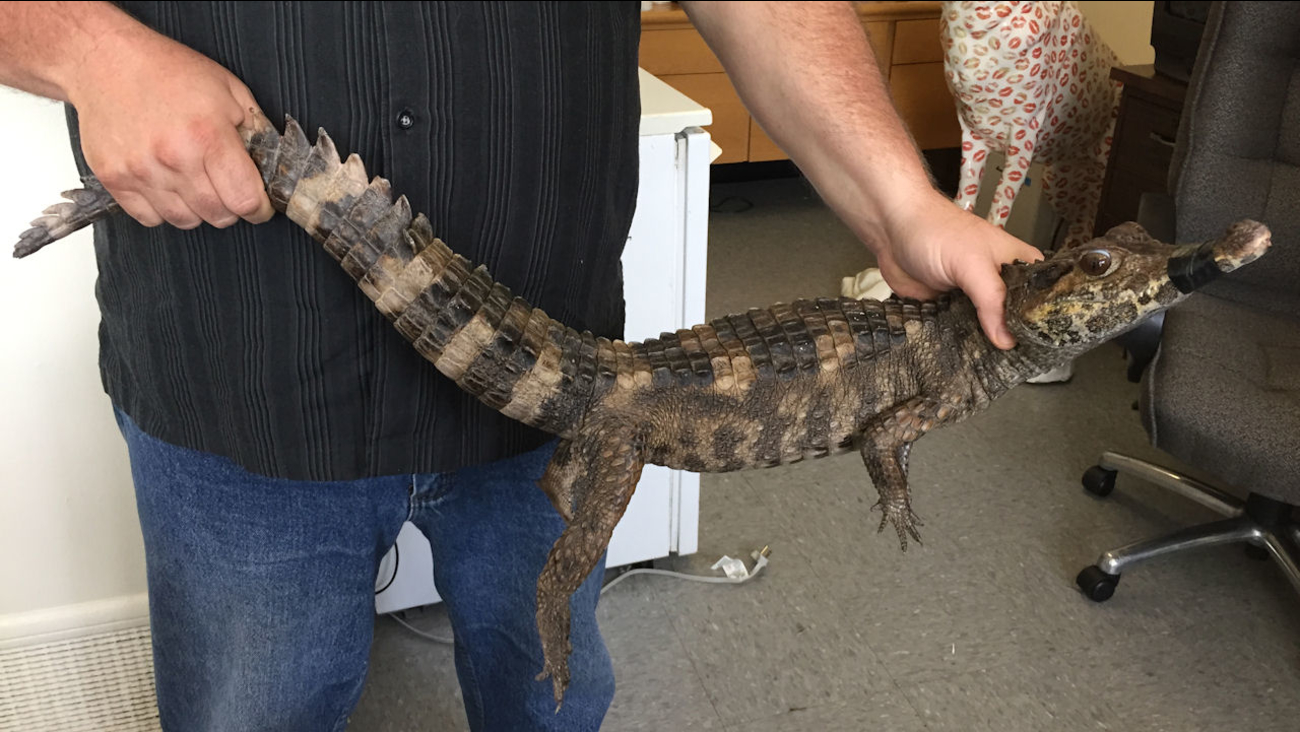 MELVILLE (WABC) -- Yet another exotic reptile has been found in the New York area, and now authorities are trying to find whoever left the three foot long crocodile in a box in Melville.

Officials with the Town of Huntington Animal Control turned over the croc to the Suffolk County SPCA today.

Chief Roy Gross of the Suffolk SPCA said an anonymous call led officials to the crocodile in an opened box in a parking lot at 25 Melville Park Rd. in Melville.

The crocodile was described as very aggressive and its mouth had to be taped shut. It's about 3 years old.

A joint investigation will be conducted by Investigators from the Suffolk County SPCA and NYS Department of Environmental Conservation Police to try and determine who left the crocodile in the parking lot. It is illegal to own a crocodile.

Anyone with information is asked to contact the Suffolk County SPCA at 631-382-7722. All calls will be kept confidential.

The discovery comes days after an alligator was caught crossing a street during rush hour in Manhattan. That alligator later died.