Mourners gather at 9/11 Memorial, united in pain and sorrow 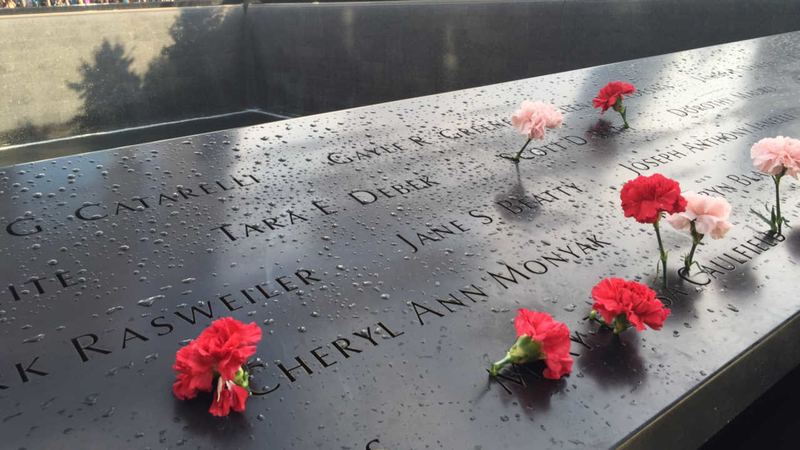 Mourners gather at 9/11 Memorial, united in pain and sorrow

LOWER MANHATTAN, Manhattan -- The U.S. marked the 15th anniversary of 9/11 on Sunday, with victims' relatives reading their names and reflecting on a loss that still felt as immediate to them as it was indelible for the nation.

The 15th anniversary arrives in a country caught up in the campaign, keenly focused on political, economic and social fissures and still fighting terrorism. But for those who lost relatives, the fraught passage of 15 years feels "like 15 seconds," said Dorothy Esposito, who lost her son, Frankie. 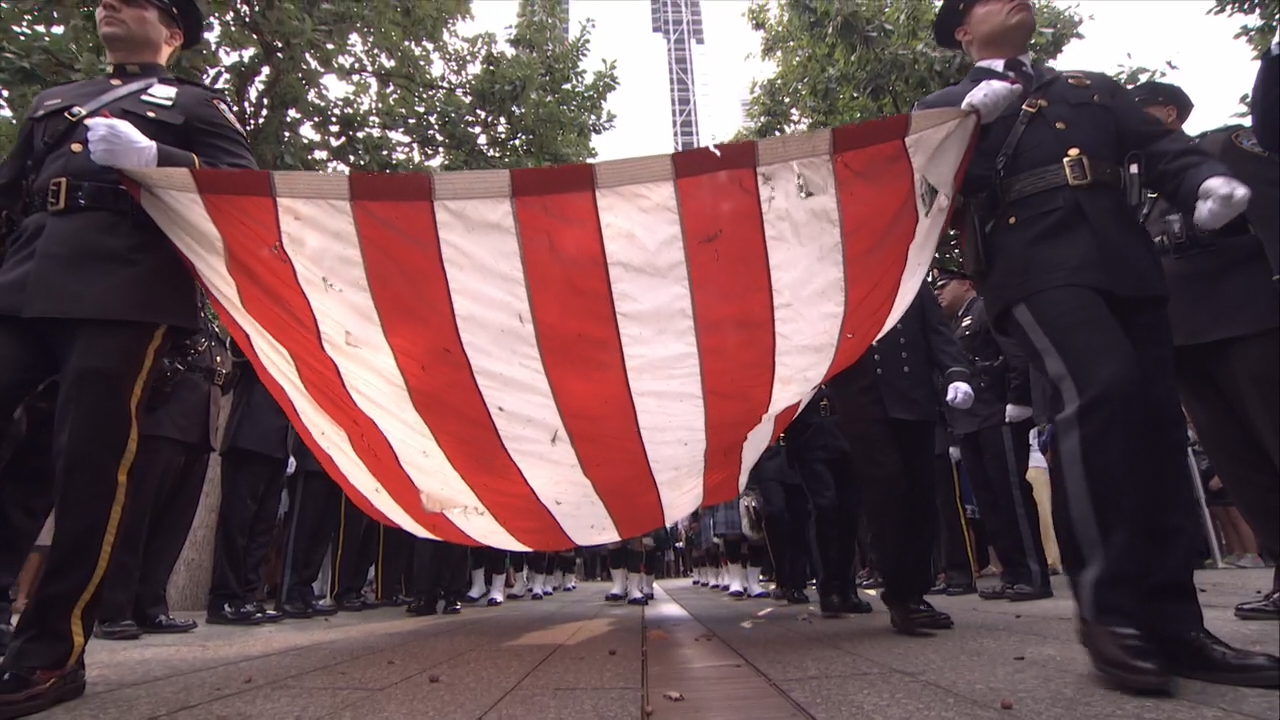 "It doesn't get easier. The grief never goes away. You don't move forward - it always stays with you," Tom Acquaviva, who lost his son, Paul Acquaviva.

James Johnson was there for the first time since he last worked on the rescue and recovery efforts in early 2002, when he was a New York City police officer.

"I've got mixed emotions, but I'm still kind of numb," said Johnson, now a police chief in Forest City, Pennsylvania. "I think everyone needs closure, and this is my time to have closure."

Nearly 3,000 people died when hijacked planes slammed into the World Trade Center, the Pentagon and a field near Shanksville on Sept. 11, 2001. It was the deadliest terror attack on American soil.
Homeland Security Secretary Jeh Johnson said on Sunday news shows that the United States is safer now than it was in 2001 against another 9/11-style attack but continues to face the challenge of potential attacks by solo and homegrown violent extremists.

President Barack Obama, speaking at the Pentagon memorial service, praised America's diversity and urged Americans not to let their enemies divide them.

Some victims' relatives at ground zero pleaded for the nation to look past its differences.

"The things we think separate us really don't. We're all part of this one Earth in this vast universe," said Granvilette Kestenbaum, who lost her astrophysicist husband, Howard Kestenbaum.

Others expressed hopes for peace or alluded to the presidential race: "Guide America's next commander in chief and help make America safe again," said Nicholas Haros, who lost his mother, Frances Haros.

Neither Clinton nor Trump made public remarks at the ceremony, where politicians haven't been invited to speak since 2011. The two candidates also followed a custom of halting television ads for the day.

Meanwhile, hundreds of people gathered for a name-reading observance at the Flight 93 National Memorial in Shanksville, Pennsylvania, where one of the hijacked planes crashed 15 years ago.
In New York, ceremony organizers included some additional music and readings Sunday to mark the milestone year. But they kept close to what are now traditions: moments of silence and tolling bells, an apolitical atmosphere and the hourslong reading of the names of the dead.

Some speakers described how their loss had moved them to do something for others.

Ryan Van Riper said he planned to honor his slain grandmother, Barbara Shaw, by serving the country. Jerry D'Amadeo, who was 10 when he lost his father, Vincent Gerard D'Amadeo, said he worked this summer with children at Sandy Hook Elementary School in Newtown, Connecticut, where 26 children and adults were massacred in 2012.

"Sometimes the bad things in our lives put us on the path to where we should be going - to help others as many have helped me," he said.

Financial and other hurdles delayed the redevelopment of the Trade Center site early on, but now the 9/11 museum, three of four currently planned skyscrapers, an architecturally adventuresome transportation hub and shopping concourse and other features stand at the site. A design for a long-stalled, $250 million performing arts center was unveiled Thursday.

The crowd has thinned somewhat at the anniversary ceremony in recent years. But some victims' family members, like Cathy Cava, have attended all 15 years.

"I will keep coming as long as I am walking and breathing," Cava said, wearing a T-shirt with a photo of her slain sister, Grace Susca Galante.