Manhattan bank robbery suspect got away in taxicab 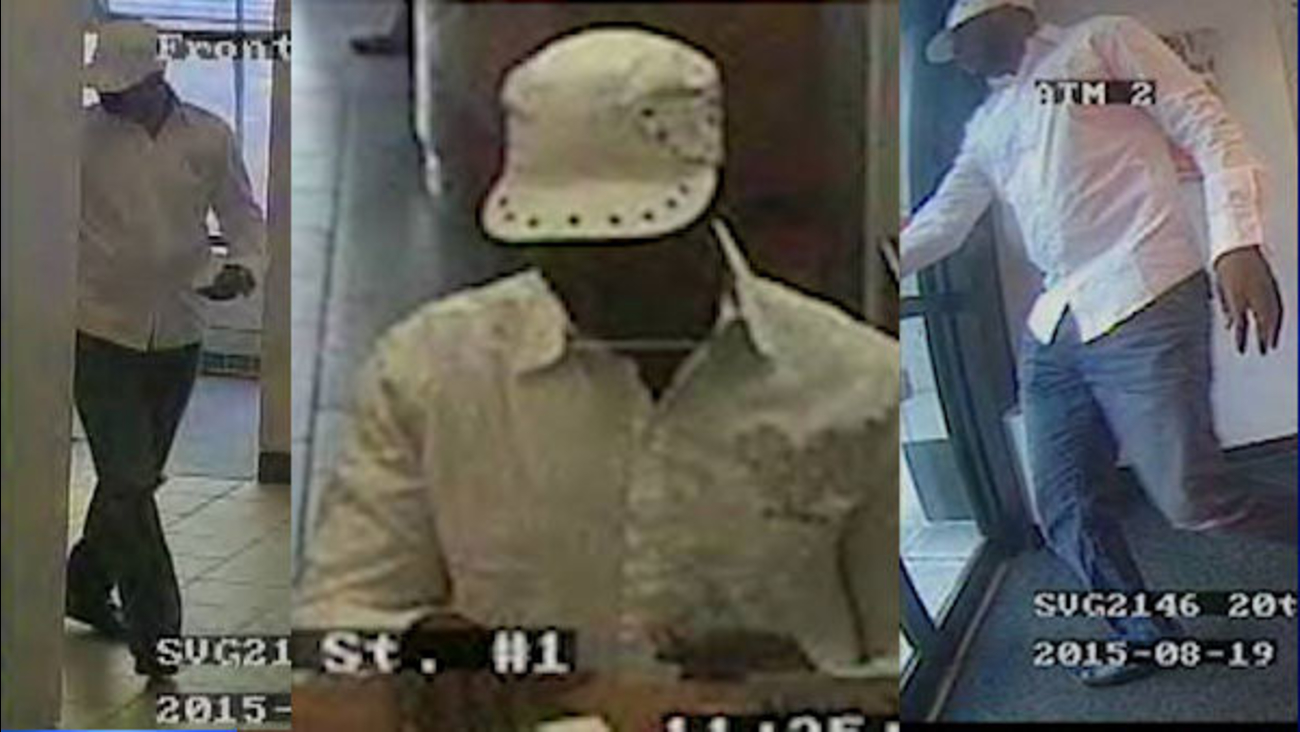 NEW YORK (WABC) -- Police in Manhattan are looking for a suspect who robbed a bank and then got away driving a taxicab.

Police say this isn't the first time this suspect has struck, he's wanted in at least six other bank robberies around the city.

It happened on Wednesday, August 19th at around 11:35 a.m. at the Santander bank on 7th Avenue at W. 20th Street in Chelsea.

The suspect passed a demand note to the bank teller indicating that he had a gun.

The bank teller gave the suspect some cash.

The FBI and New York City Police Department are seeking the public's help identifying the suspect.

The suspect is described as approximately 6'2" and 200 pounds, with a mustache.

He was last seen wearing jeans, a white hat with rhinestones and an eagle design, and a white button-down shirt with an eagle design on the front left pocket. He is estimated to be in his late 30s.

A reward is available for information that leads to the identification, arrest, and conviction of the suspect in this case. Anyone with information is asked to call the FBI at 212-384-1000. Tipsters may remain anonymous. The suspect should be considered armed and dangerous.