Newborn recovering after being abandoned in trash can in Chicago park 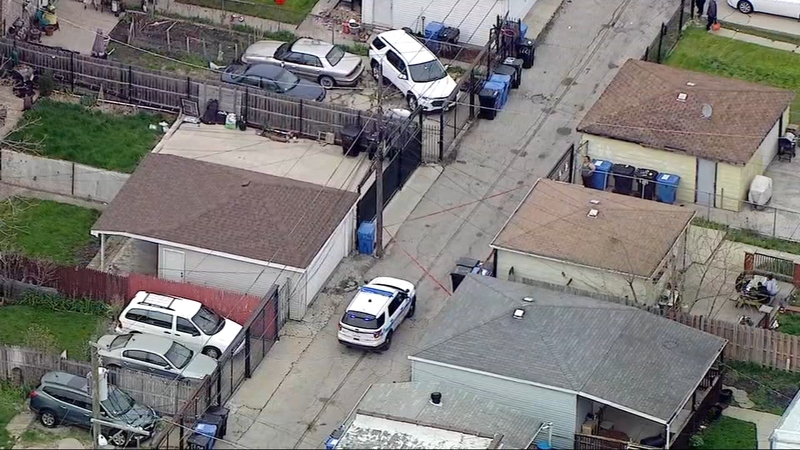 Newborn baby left on trash can in Humbolt Park recovering

CHICAGO, Illinois -- A newborn baby is in the hospital recovering Wednesday morning after being abandoned in an alley on Chicago's Northwest Side and rescued by two good Samaritans.

Authorities say the newborn was just hours old when he was Tuesday found with his umbilical cord still attached in the 1700 block of North Keystone Avenue.

A mom and daughter were walking by when they heard his screams and found him in a canvas shopping bag, fire officials said. They then rushed the baby to a nearby firehouse on Pulaski Road.

'I don't know what it's like to have a child, be pregnant and be in some horrible circumstance where you are driven to do something like this that almost sounds diabolical. But come to us.'

At the firehouse, paramedics saved the infant's life, performing CPR and reviving the boy.

"The baby was cold as concrete," Chicago Fire Department Paramedic Field Chief Patrick Fitzmaurice said. "I wasn't too optimistic, but like I said to the lieutenant, I wasn't ready to lose this one today. And neither were they, and they worked very hard."

They used heating pads and warming blankets immediately before taking the boy to Norwegian American Hospital in an ambulance with a Chicago police escort, officials said. The newborn's condition was stabilized, and he was crying and kicking.

He was transferred to Lurie Children's Hospital for further treatment.

Chicago police said they are questioning a 16-year-old girl they said is the mother, and they are also questioning the baby's father. It's unclear if either will face any criminal charges, as prosecutors will have to determine the next steps based on what the two juveniles told detectives.

Police are not releasing details on who left the child or why, but they want everyone to know there were other options.

Illinois is a state with a Safe Haven Law, meaning anyone can hand over a baby 30 days old or younger that is unharmed to staff at a hospital, police station or fire department, with no questions asked.

"But come to us, man," Fitzmaurice said. "If she had called 911, we could have taken the baby to one hospital and her to another. We don't judge. Take him to a firehouse. Leave the baby there. Give the kid a chance."