Actress Lisa Banes dies after being hit by scooter in Manhattan 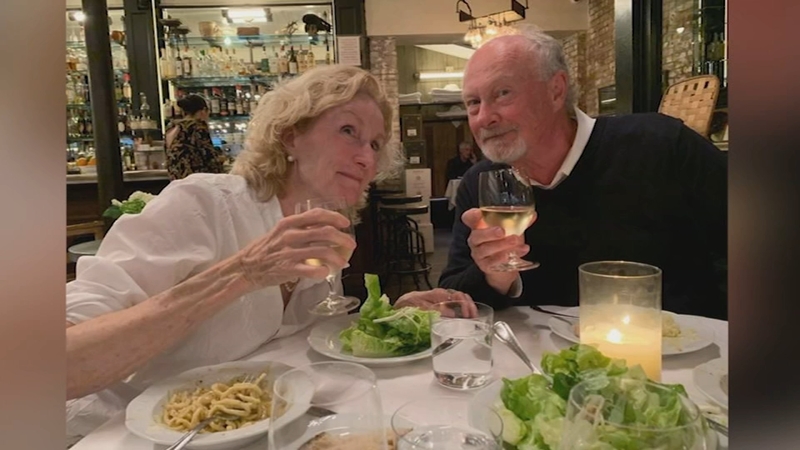 Actress Lisa Banes dies after being hit by scooter

UPPER WEST SIDE, Manhattan (WABC) -- Actress Lisa Banes, known for her supporting roles in "Gone Girl" and "Cocktail," has died after being struck by a scooter on Manhattan's Upper West Side.

"I am brokenhearted to share that Lisa, my beautiful wife and my love, passed away last night," wife Kathryn Kranhold said. "Lisa has remained unconscious since being the victim of a hit and run near Lincoln Center on June 4th. She suffered a traumatic brain injury. Lisa's brother, Evan Sinclair, and sister-in-law, Hallie Atkinson, and I were by her side for the last 10 days, as well as some dear and loving friends. We appreciate the love, support and prayers from all of you across the country. Lisa was listening. We want to express our everlasting gratitude to the medical staff at Mount Sinai Morningside for their expertise and empathy. We look forward to celebrating Lisa, her life and work, in New York City in the fall."

Banes was hit by a scooter around 7:30 p.m. on June 4 at the intersection of Amsterdam Avenue and West 64th Street.

ALSO READ | E-scooter crashes on the rise in NYC, with bystanders the ones getting injured
EMBED More News Videos

7 On your Side Investigates uncovered a new disturbing trend -- e-scooter accidents are on the rise in the New York City area, and oftentimes, it's not the scooter driver who's the one getting injured.

The actress was crossing Amsterdam Avenue on the way to visit the Juilliard School, her alma mater, publicist David Williams said.

The driver of the scooter fled from the scene, and so far, there have been no arrests.

Williams said Banes was taken to Mount Sinai Morningside Hospital, where she eventually succumbed to her injuries.

You can search for electric scooter crashes -- and the causes of those crashes -- in your neighborhood here:


"We are heartsick over Lisa's tragic and senseless passing," Williams said. "She was a woman of great spirit, kindness and generosity and dedicated to her work, whether on stage or in front of a camera and even more so to her wife, family and friends. We were blessed to have had her in our lives."

Banes appeared in numerous television shows and movies, including "Gone Girl" with Ben Affleck in 2014 and "Cocktail" with Tom Cruise in 1988.

On television, she's had roles on "Nashville," "Madam Secretary," "Masters of Sex" and "NCIS."

Sandra Bookman reports on the announcement of "The Hometown Heroes Parade" in New York City.

Banes also acted on stage regularly, including Broadway appearances in the Neil Simon play "Rumors" in 1988, in the musical "High Society" in 1998 and in the Noel Coward play "Present Laughter" in 2010.

"With a heavy heart, we at SMS Talent mourn the passing of our beloved client and friend Lisa Banes," SMS Talent Inc. said in a statement. "We send our love and condolences to her wife Kathryn and all her family. Her talent and light will be missed by all."

Banes was in New York to perform in a virtual adaptation of Eleanor Burgess' The Niceties, presented by Manhattan Theatre Club, where she was part of the play's traditionally staged production from 2018 to 2019.

Kimberley Senior, a longtime friend of Banes and the director of The Niceties, says "that friendship is something I'll cherish always."

"She radiates love generosity and light and what makes her a remarkable actress, she puts that same love and generosity and curiosity into those same characters she shows the world," Senior said.

The Manhattan Theatre Club released a statement, saying, "MTC mourns the loss of our beloved colleague and friend Lisa Banes. We are proud to share the work that meant so much to her with our audiences. Anyone with information about the tragic hit-and-run which took her life is urged to call NYPD Crime Stoppers at (800) 577-TIPS.

Actor/director Seth MacFarlane, who worked with Banes on his series "The Orville," was among those remembering Banes Tuesday morning, tweeting, "Her stage presence, magnetism, skill and talent were matched only by her unwavering kindness and graciousness toward all of us."

I am deeply saddened at the news of Lisa Banes’ passing. We had the good fortune to work with her on The Orville this past year. Her stage presence, magnetism, skill and talent were matched only by her unwavering kindness and graciousness toward all of us. A tremendous loss…

"Just busted," singer Jill Sobule tweeted. "Lisa Banes was magnificent, hilarious, and big-hearted - always helped me though the hard times. She was so beloved by so many."