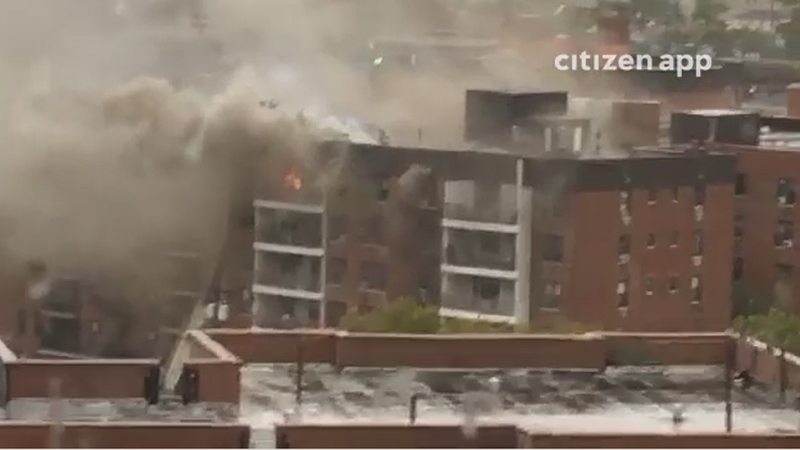 The blaze tore through a seventh floor apartment on Beach 22nd Street in Far Rockaway, where it is believed to have started Sunday evening. Flames could be seen engulfing the top floor as firefighters attacked it from different sides.

"Very heavy fire conditions took the entire apartment into the cockloft area. The area between the roof and the top floor," said James Leonard, Chief of Department.

The fire went to a fourth alarm, bringing more than 150 firefighters to the scene. They stretched hoses to the seventh floor to fight the blaze.

Gabby Lopez, who lives on the first floor grabbed her little sister.

"It was chaotic. Seeing everybody running down the halls, the lobby and trying to pull my sister through everything," she said.

Fire officials say it was a very aggressive fire as it spread to other apartments. There was heavy smoke as well.

There are 84 units in the building which cannot be inhabited Sunday night. The Red Cross is helping families.

Pedro El Salvador came from Long Island to help his sister-in-law Aracely Flores, who he says lost everything.

"Do the best we can for them. The community they support her and very well. They bring her food. They offer shoes and everything, says Pedro.