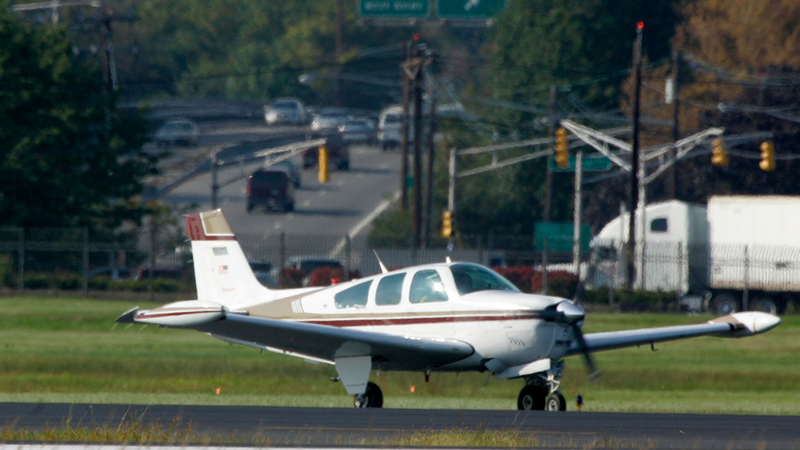 TETERBORO, New Jersey (WABC) -- A woman is being questioned by authorities after she allegedly breached security at Teterboro Airport Tuesday morning.

An airport source tells Eyewitness News that at approximately 9:35 a.m., a black Honda Civic being operated by the woman breached Guard Post D on Industrial Avenue in Teterboro.

The woman was reportedly able to gain access to the aeronautical area of Teterboro Airport.

The source says she drove across the airfield, crossing two active runways, and exited the vehicle in the vicinity of the Aviation Hall of Fame and Museum of New Jersey.

The suspect then fled into the wooded area surrounding the airport, the source said.

Port Authority police officers tracked her to a home on Jackson Place in Moonachie, a residence in the vicinity of the airport.

She was placed under arrest and is being questioned at the Newark Airport PAPD Police Station.

The source said she had no identification on her, and the PAPD had to use fingerprints to identify her. The vehicle she was driving had a New York registration.

She was said to have cuts and abrasions on her hands, legs and inner thighs, injuries believed to have happened when she jumped a barbed wire fence near where she was arrested. Authorities believe she is emotionally disturbed.

"This morning's breach at Teterboro Airport was the result of a woman in an unauthorized vehicle tailgating an authorized vehicle through a security gate before the guard could stop the unauthorized vehicle. The incident is being investigated to determine how to best prevent a recurrence. The airport guard immediately notified Port Authority Police and operational staff of the incident, and a pursuit began. There were no planes on the runways at the time her vehicle crossed the airstrips. Charges are pending against the 32-year-old suspect, who abandoned the vehicle and fled the airport on foot, before being apprehended in the town of Moonachie."