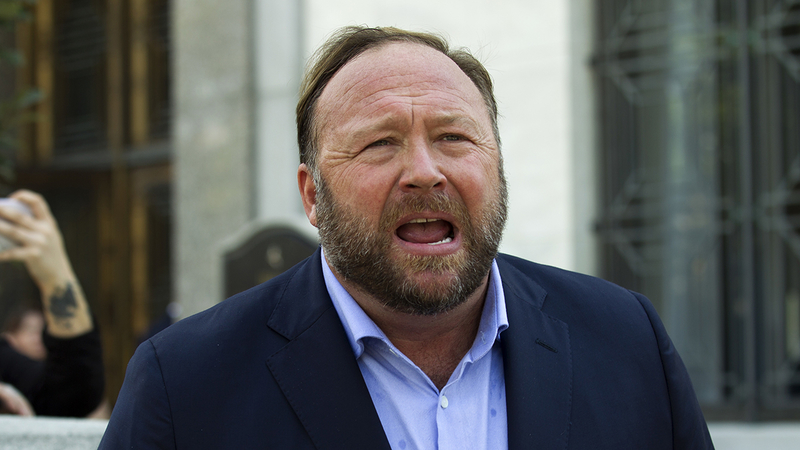 NEWTOWN, Connecticut (WABC) -- A Connecticut judge has denied a motion to halt financial penalties imposed on Alex Jones so, as of Friday, the conspiracy theorist and right-wing provocateur owes $25,000 for declining to sit for a deposition in a defamation lawsuit by families of Sandy Hook Elementary School massacre victims.

Connecticut Superior Court Judge Barbara Bellis assessed the fine, which increases exponentially each day Jones refuses to appear, and on Friday denied his motion for a stay.

"The defendant in this case is Alex Jones, and, to many, that is reason enough to uphold any fine or sanction. But the law, our law, is better than mere vendetta," defense attorney Norm Pattis wrote in the state supreme court appeal.

Jones, founder of Infowars, claimed the 2012 shooting in Newtown was a hoax. Families of those killed sued him for defamation and Jones failed to comply with court orders to appear at a deposition on March 23 and 24.

Jones' attorneys said he can sit for a two day deposition April 11 and 12. That would make his running fine $525,000, Pattis said.

"Jones and others are sued for comments they made denying that the shootings at the Sandy Hook Elementary School in December 2012 took place. For many Connecticut residents, that is reason enough to hate Jones. One suspects Judge Bellis has succumbed to that hatred," Pattis wrote.

Plaintiffs' attorney Christopher Mattei argued, successfully, to keep the fines in place, saying a promise to appear April 11 is not the same as "real-life attendance" at the deposition.

"The escalating fines were imposed to compel his appearance and should not be set aside merely because Mr. Jones has yet again said he will appear," Mattei wrote in a court filing.

Twenty first graders and six educators were killed in the massacre in Newtown, Connecticut.

Connecticut Judge Barbara Bellis found the Austin, Texas, resident liable for damages to the families in November. A trial on how much he should pay them is set for later this year.