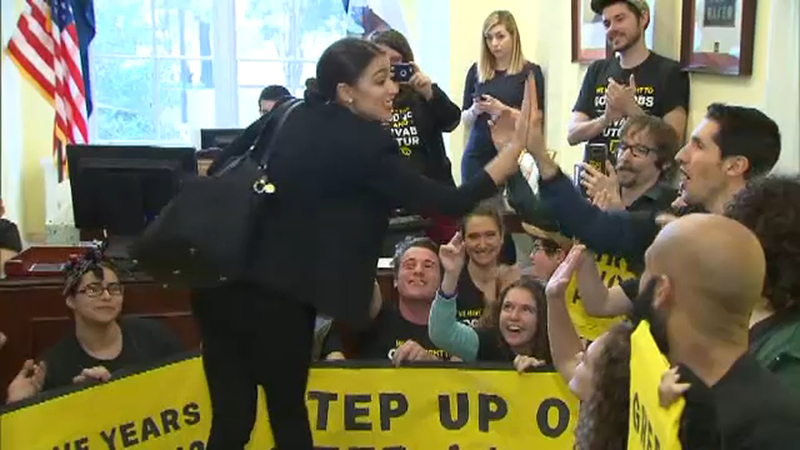 Climate change activists are calling on Democratic leaders to develop a plan to switch to renewable energy.

But Ocasio-Cortez tried to make it clear she was not there to protest Pelosi herself.

"This is an encouragement of her, and this is to show that we're here to back up bold action and that she will be supported in that," said Ocasio-Cortez.

Some of the protesters were arrested for blocking the hallway.

But Pelosi issued a statement saying the activists were welcome, and that she hopes to reinstate a special committee on climate change.

Ocasio-Cortez, at 29 the youngest woman ever elected to the House, is part of a freshman class includes a record number of women who drove the most powerful Democratic sweep of the House since the Watergate election of 1974. Democrats picked up at least 32 seats, with several races still undecided.