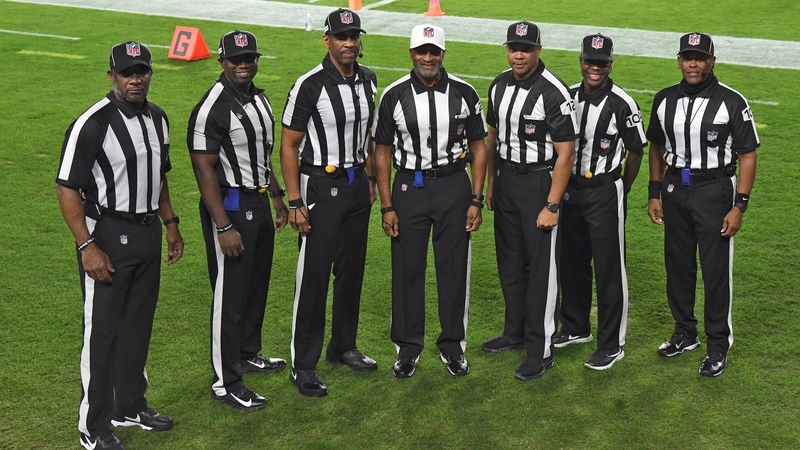 The members of Monday night's officiating crew have a combined 89 seasons of NFL experience and have worked six Super Bowls. NBA legend Magic Johnson expressed excitement for the crew on Twitter.

What a proud day for the entire sports world to see all Black referees officiating an NFL game! I never thought I’d see the day this would happen in the NFL. pic.twitter.com/nbtv2UbmdB

The first Black official in any major sport was Burl Toler, hired by the NFL in 1965.