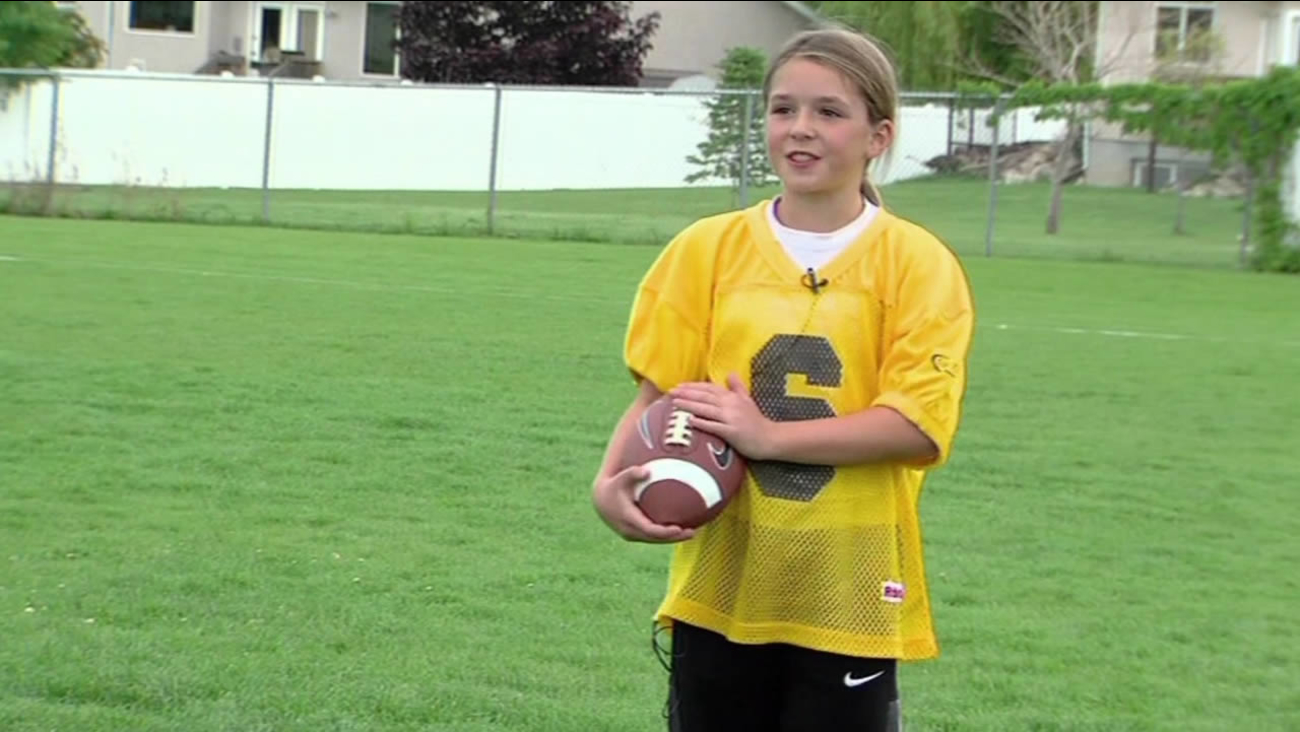 Sam Gordon, 12, joined the first known all-girls tackle football league in the country that started in West Jordan, Utah in May 2015. (KGO-TV)

SALT LAKE CITY -- The first known all-girls tackle football league in the country kicked off over the weekend.


And the league already has one celebrity player.

Sam Gordon, 12, became a football sensation when she was 9 years old after her dad posted highlights of her playing running back online. She appeared on "Good Morning America" with her likeness on a custom-made box of Wheaties.


Back then, she played with boys and had no problem keeping up.

"I think it's super exciting that we're finally doing an all-girls tackle football league cause I know there are so many girls out there that would really enjoy doing this, but there was never an all-girls team," she said.

"I thought it wasn't very fair when only guys could play football," said another player.

Right now, the league based in Utah has four teams of fifth-graders and sixth-graders.

The director of development for USA Football says the ultimate goal is to see woman's tackle football played at the pro level.