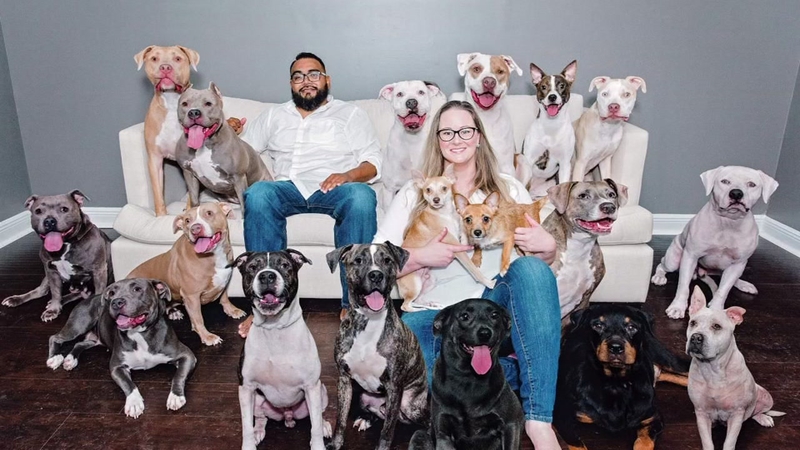 Amanda Hulebak took her warm and fuzzy photo with a group of 18 rescue dogs - six of which she adopted and others that she fosters - for the third straight year.

She first "got this crazy idea to take a picture with all the dogs" three years ago, when she only had four at that time.

"We got the picture back, and I was like, 'This is perfect,'" she said.

"The Humane Society has recorded that 2.7 million dogs were euthanized in Texas alone, with Houston being one of the biggest contributors," Huleback said. "Although that number is tremendous, it doesn't even include the strays that are not picked up off and die on the streets, or the dogs being abused and chained in backyards."

She said fixing the epidemic will take everyone doing their part.

"(It) starts with fixing our animals and demanding and enforcing stricter laws from local and state representatives," she said. "We have started the #thisishouston movement in an effort to bring awareness to the stray epidemic in Houston. Our hopes are that we are able to grow and expand the movement into different areas of Texas, and the south, that also deserve much needed attention."