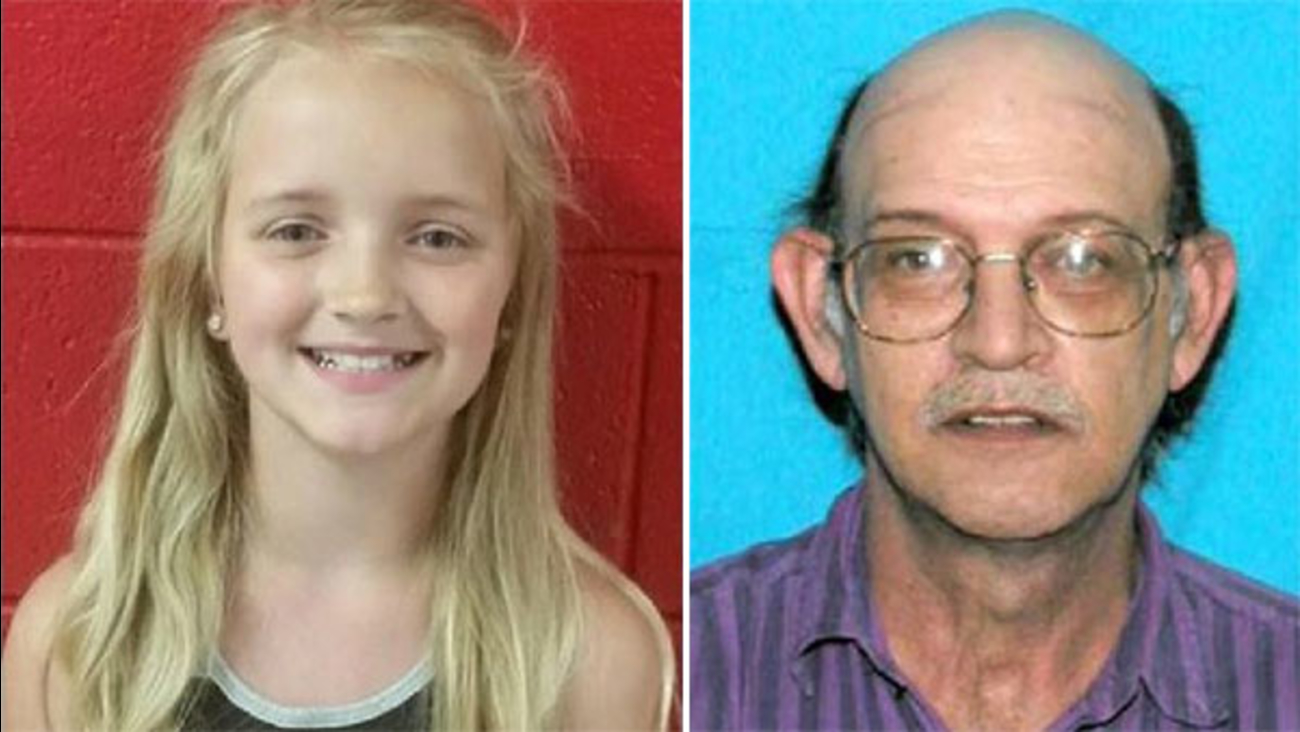 ROGERSVILLE, Tenn. -- A 9-year-old girl abducted more than a week ago when her uncle signed her out of school was found safe, authorities said Thursday.

Earlier Thursday, the TBI had added Simpson, 57, to its Top 10 Most Wanted list and warned that Carlie was in imminent danger.

TBI spokesman Josh DeVine, speaking earlier in the day, would not say what led investigators to believe that that Carlie could be in trouble.

"But suffice it to say, we have specific and credible information that leads us to believe she's in danger right now," he said.

An arrest warrant had been issued for Simpson on a charge of especially aggravated kidnapping, DeVine said.

Simpson is married to the sister of Carlie's father. The families live close to one another in rural Hawkins County. The uncle and his wife had custody of Carlie and her little sister while their father was jailed on drug charges, but the girls went back to live with their father in 2015, DeVine said. He said investigators have not been able to find any work history for Simpson.

Police say Simpson took the child out of school on May 4. They believe he may have taken her to a remote area or to a campground based on surveillance video showing him stocking up on items from an area Wal-Mart including a bikini, two tubes of colored lip gloss, nail polish, an outdoor chair and a child's nightgown.
Related topics:
child abductionamber alertu.s. & world
Copyright © 2022 by The Associated Press. All Rights Reserved.
TOP STORIES
EMT shot in ambulance by alleged drunk patient on Staten Island
9-year-old girl killed in NYC had bed dropped on head, prosecutors say
No changes to NYC mandates; several NYC judges COVID positive
Man walks at NYU graduation after bike accident left him in coma
20-year-old shot to death after motorcycle sale gone bad in NYC
Bear safely removed after getting stuck in tree in NJ
NYC to mark Biggie Smalls 50th birthday, MTA unveils special MetroCard
Show More
AccuWeather Alert: Wet start and a sunny afternoon
Man charged in Buffalo supermarket shooting due back in court
Driver killed, 2 others hurt in Bruckner Expressway crash in Bronx
World shares sink after inflation driven retreat on Wall St
Red Cross registers hundreds of Ukrainian POWs from Mariupol
More TOP STORIES News