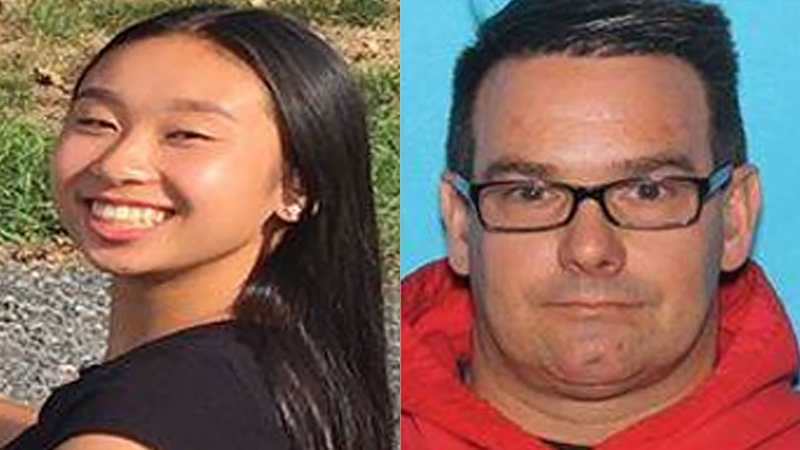 PHILADELPHIA -- Mexican authorities have issued an Amber Alert for a missing Allentown teen and a 45-year-old man who signed her out of school, saying the pair is believed to be traveling through the country.

The alert posted to Twitter Thursday night says police believe 16-year-old Amy Yu and Kevin Esterly are in Mexico, and Amy may be in danger.

The two went missing February 9, shortly after authorities were notified the pair may have been involved in a romantic relationship. Amy's family previously said the two met at church years ago, and Amy is friends with one of Esterly's daughters.

School records show Esterly signed Amy out of school 10 times between Nov. 13 and Feb. 9. Police say Amy had changed school documents to list him as her stepfather.

In a criminal complaint filed with Allentown Police, Esterly's wife said he withdrew $4,000 from her bank account and that his car and personal documents were gone.

Authorities believe they may be driving a 1999 red, two-door Honda Accord with the Pennsylvania plate KLT 0529.