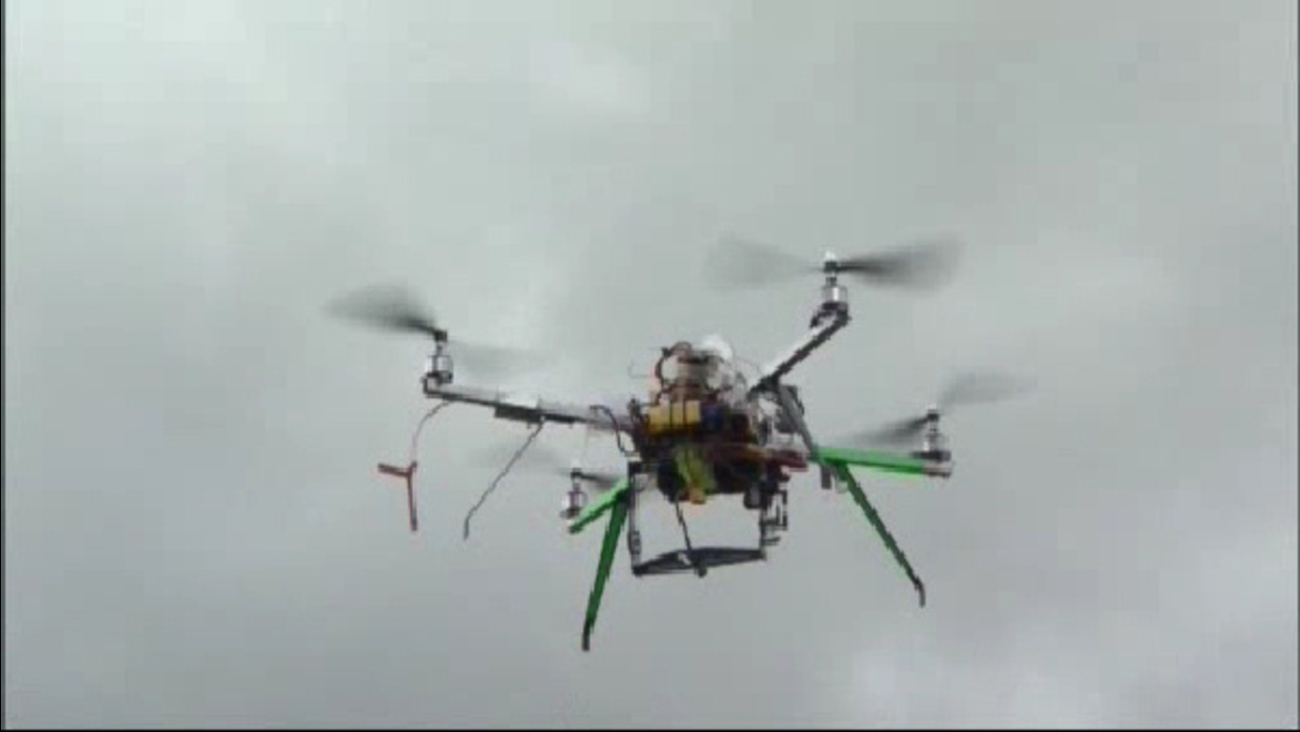 CLINTON, Conn. (WABC) -- A Connecticut teenager who posted video showing a drone firing a handgun in the woods is under arrest.

18-year old Austin Haughwout of Clinton was reportedly told to turn himself by police following an arrest warrant over an unrelated incident.

The video has prompted investigations by police and the Federal Aviation Administration.

Haughwout posted the video online that shows four shots being fired from a drone that had been jury-rigged with a handgun.

The FAA has been investigating whether Haughwout violated its regulations, which prohibit the careless or reckless operation of a model aircraft.

Haughwout's father told WFSB-TV last week that his son created the drone with the help of a Central Connecticut State University professor. The 14-second video shows a four-propeller drone with a semiautomatic handgun strapped on top hovering as it fires four shots in a wooded area.

The FAA said it is working with Clinton police, who are also investigating. State Police said there is no state law banning armed drones.

Haghwout made news last year when police charged a woman with assault after she confronted him about flying a drone at a state beach. Andrea Mears of Westbrook was sentenced to probation in July 2014. A video Haughwout posted showed Mears calling him a pervert, striking him and ripping his shirt.

Haughwout said he had been using the remote-controlled drone, called a quadcopter, to get footage of the landscape from about 50 feet above the beach when Mears confronted him.