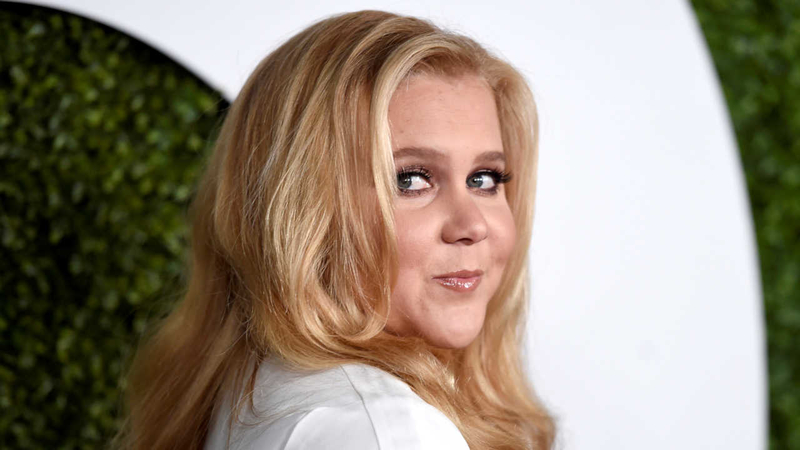 MIDTOWN, Manhattan (WABC) -- Comedian Amy Schumer was taking in the Broadway blockbuster hit 'Hamilton' on Saturday night. She and her friends got the hottest tickets in town...if you're lucky to get a ticket. She then enjoyed a round of drinks.

At intermission, Schumer and her friends ordered a second round of drinks for $77, but that is when Laursen was hit with the real showstopper.

"They paid with a credit card, and they slipped me the credit card clip, and it said 'Amy wants to make sure you get a tip'. I looked at it, and I'm completely shocked," Laursen says.

"I noticed her - just becomes totally still, and I looked over at what's going on and she was totally shocked looking at this piece of paper," Anthony says.

"I was speechless. And the first thing that popped into my head was 'are you sure?' and he's like walking away and says 'of course, of course!'" Laursen adds.

Five other bartenders were working Saturday night, so they split it seven ways, each collecting $142.85.

The bartenders say Amy Schumer has been to 'Hamilton' before, and since some of them are aspiring actors and comedians, they think there could be a kinship here.

"She used to bartend back in the day. Everybody knows she is hysterical and smart, but she's incredibly generous," adds Laursen.

So, how are the bartenders going to spend the windfall? Laursen says she is going to put the money toward rent, but probably go out for a few drinks.

"Some really good chocolate, I think that's what I'm going to do," says Anthony.