Taylor Swift says her mom has brain tumor: 'It's just been a really hard time for us as a family' 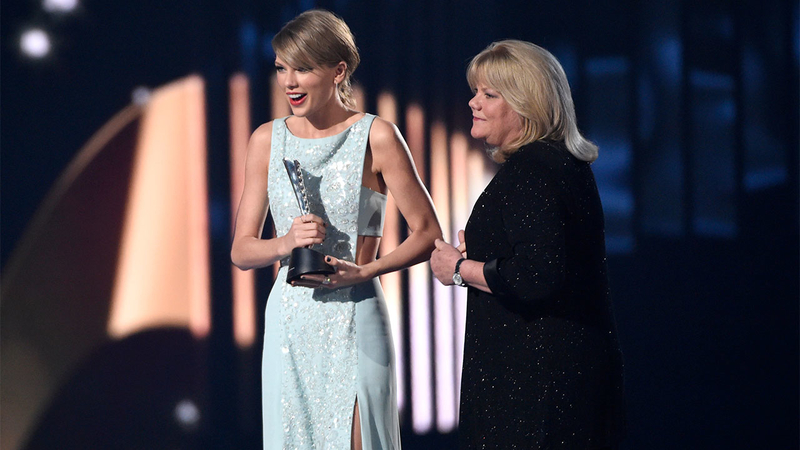 Taylor Swift's mother Andrea has been diagnosed with a brain tumor amid her ongoing fight against cancer, the singer revealed Tuesday in a new interview with Variety.

While discussing her upcoming Netflix documentary, Swift said her mother's cancer returned for a second time during filming in 2019. Swift announced the cancer's return at the time in an Elle magazine essay.

She told Variety: "While she was going through treatment, they found a brain tumor. And the symptoms of what a person goes through when they have a brain tumor is nothing like what we've ever been through with her cancer before. So it's just been a really hard time for us as a family."

Swift added that she has committed to a pared-down tour schedule this year so that she can spend more time with her mother.

Swift first opened up about her mother's cancer diagnosis in a 2015 Tumblr post, writing that her mother decided to go public to encourage others to make cancer screenings a priority: "She wanted you to know because your parents may be too busy juggling everything they've got going on to go to the doctor, and maybe you reminding them to go get checked for cancer could possibly lead to an early diagnosis and an easier battle. She wanted you to know why she may not be at as many shows this tour. She's got an important battle to fight."
Report a correction or typo
Related topics:
arts & entertainmenttaylor swifttumorsocietycancer
Copyright © 2021 WABC-TV. All Rights Reserved.
TAYLOR SWIFT
Billboard Music Awards: See who won, Pink and daughter performance
Man reportedly caught trespassing at Taylor Swift's building in TriBeCa
Taylor Swift surprise releases second 'From the Vault' song
Taylor Swift to drop newly recorded 'Love Story' at midnight
TOP STORIES
Building under construction in NJ collapses amid gusty winds
Exclusive: Sade goes one-on-one with FLOTUS Dr. Jill Biden
COVID vaccine mandate announced for NYC private-sector workers
NYPD officers spread cheer, safety during toy giveaway in NYC
AccuWeather: Turning colder with some snow possible Wednesday
NYRR to require proof of COVID-19 full vaccination
Suspects arrested in unrelated deadly stabbings near Penn Station
Show More
Fired CNN anchor Chris Cuomo steps away from SiriusXM show
The Countdown: Biden, Putin's crucial call; 'Build Back Better' bill
Supply chain crisis leads to cream cheese shortage in NYC
NY man threatened to attack NYC Pride, LGBTQ businesses: Prosecutors
NYPD K-9, partner showcase skills in national police dog challenge
More TOP STORIES News