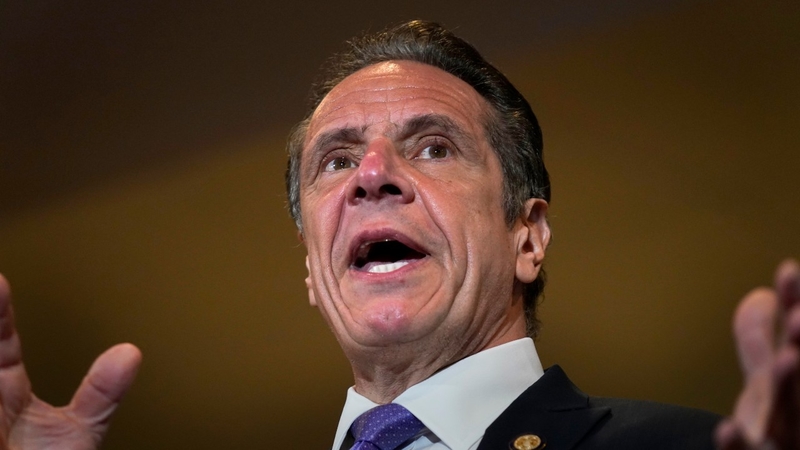 It is the first indication that the embattled Democrat will have some breathing room as he attempts to hold on to office.

"The question may come up about timeline," Lavine said. "At this early stage, it's not possible to say precisely how long the investigation will take...Given the breadth and seriousness of the issues under investigation, we expect that the timing will be in terms of months, rather than weeks...There is very little precedent for impeachment in New York. We are mindful of the due process necessary to ensure the fairness of this process to everyone, the victims, the witnesses, and the governor. And to do so in a transparent manner, so that all New Yorkers are informed."

Dave Evans has the latest on the sexual harassment allegations against Gov. Cuomo.

The hiring of the firm Davis Polk & Wardwell, LLP, has been met by criticism from some on the committee.

Assemblywoman Jenifer Rajkumar asked how the independent lawyers hired can ensure that implicit bias does not seep into the investigation.

"They will conduct an investigation free from implicit bias," attorney Angela Burgess said.

Assemblyman Tom Abinanti asked about the perceived conflict between the firm and former partner Dennis Glazer, who is married to the state's Chief Judge Janet DiFiore

"Dennis Glazer retired from the partnership in 2012," Burgess said. "Since then, he has not had any involvement in the firms business or activities."

Several of the women who have spoken out against the governor have criticized the assembly's investigation, which is one of three into the accusations of sexual harassment made against Governor Cuomo.

The committee is also investigating claims that Cuomo and his staff lied about COVID nursing home deaths.

Tuesday morning, the number two person in the assembly said there's no reason for Cuomo to resign, yet.

"I don't want to make it political, and so I'm not going to say to somebody should resign when the facts have not been evidenced," Chrystal Peoples-Stokes said.

She said Cuomo is managing his workload while facing accusations, and sherepeated that New Yorkers should be fair to the governor.

"That is, you are innocent until proven guilty," she said. "I believe these women should be heard, and I think there are processes in place already to provide them that opportunity and to provide the governor the opportunity to defend (him)self."