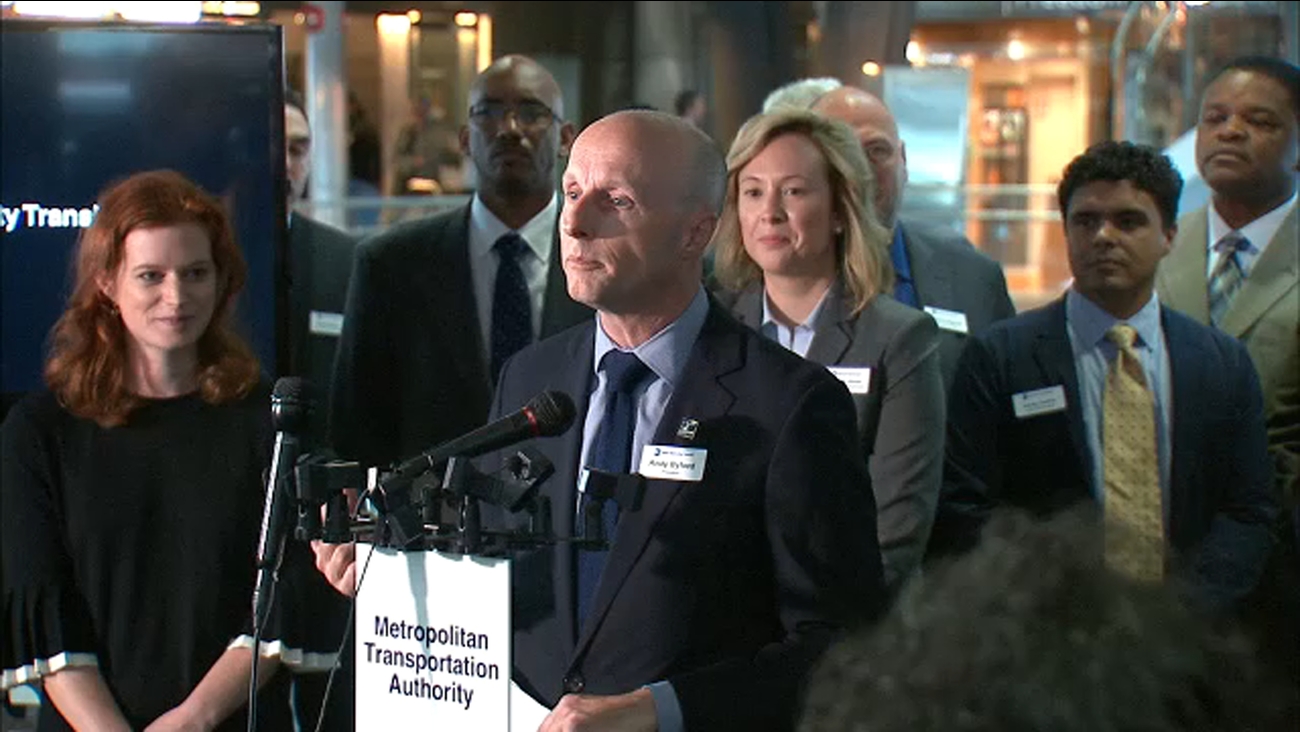 In that short time, NYC Transit Authority Transit President Andy Byford managed to improve on-time performance and even gain the favor of many New Yorkers.

He spoke out about his future plans as he prepared to spend his last day on the job Friday.

In a video obtained by Eyewitness News, Byford received a rousing ovation from bus workers.

"Today is all about saying thank you," Byford said. "I am very grateful for being given this opportunity. I really am."

Byford announced his resignation in January but had not said what he intended to do. On a farewell tour of the Transit Authority's Bus Command Center in Brooklyn on Thursday, Byford told workers that he and his wife intend to remain in New York City.

"It's not about me," he said. "It's about the system and the fact that we put together a plan that will actually do what we wanted to do from day one, and that's good enough for me."

Eyewitness News spoke to an MTA employee of 21 years who said that when someone really cares, it shows in their work.

"We get a sense that he cares, you know, he comes out to the terminals, talk to the crews, you get a good sense that this guy really cares for us," Mark Blackshear said. "You got to allow the man to do what he was doing, and it seemed like his hands were tied and I guess he just wanted to bow out gracefully. But we applaud him."

Byford has been urged to remain in New York by many political leaders, including the city council speaker and the mayor.

He said he has to make a quick trip back to the UK to get his visa sorted out before heading back to the Big Apple.

"Andy's a very good man," Governor Andrew Cuomo said. "I think he did a good job at the Transit Authority. I think he was a welcome face for a lot of commuters, and he represented the agency well."

Byford began his tenure in January of 2018 and was previously the CEO of the Toronto Transit Commission, a position he held for five years. He came to the MTA at a time when the subways were dealing with mounting delays, money issues and questions about mismanagement.

Subway delays decreased under his watch, and he had an ambitious plan to continue to transform the system.

So far, there is no word on who will replace him -- and Cuomo hinted that he may not be replaced at all.

"They have a whole new management team at the MTA, and I think what Andy Byford said when he was leaving was he had done his two years, but the new management team basically restructured his position where it was just about operating," he said. "So the management team that is in there is running it very well, and they will select new division heads and I leave it to them."