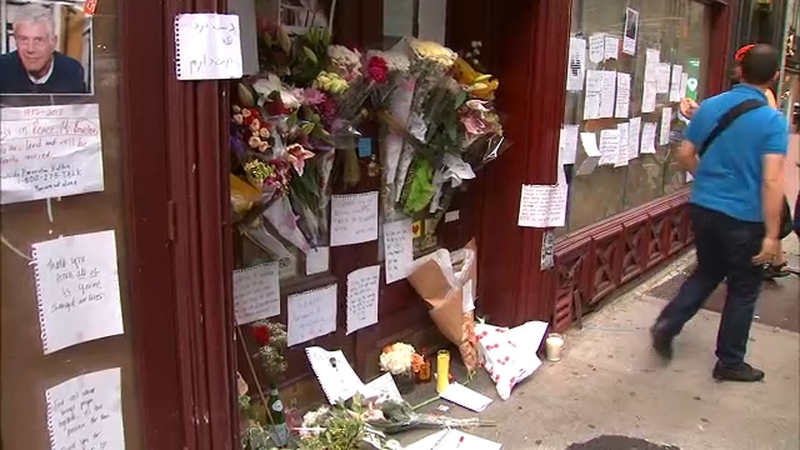 On Friday night, that is where his heartbroken fans and followers are coming to pay tribute to the fallen star, who was found dead at 61 on Friday after committing suicide.

"He was such a part of New York and such a representation of the city," said Amy Moore.

It didn't take long for messages and flowers to begin piling up at Bourdain's former restaurant - a show of the impact he made here and in kitchens around the world.

"I met him before he became famous and I value his honesty, his simplicity," added Behroush Sharifi.

That modesty was even apparent as Bourdain dined with President Barack Obama in Vietnam.

If you or someone you know might be at risk of suicide, call 1-800-273-8255 to reach the National Suicide Prevention Lifeline.